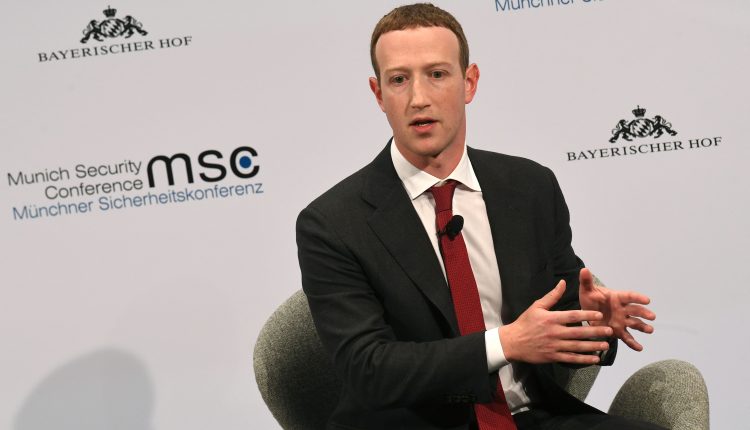 The founder and CEO of Facebook, Mark Zuckerberg, speaks during the 56th Munich Security Conference on February 15, 2020 in Munich, southern Germany.

Facebook on Monday will urge some iPhone and iPad users to let the company track their activity so the social media giant can show them more personalized ads.

The move coincides with Apple’s planned privacy update to iOS 14, which will notify users of this type of tracking and ask them if they want to allow it.

The two companies have been at odds for a decade and have recently had a heated war of words over these privacy changes. Last week, Facebook CEO Mark Zuckerberg identified Apple as one of its biggest competitors and said the privacy changes would hurt the growth of “millions of businesses around the world”. The next day, Apple CEO Tim Cook alluded to Facebook in a speech at a data protection conference in Brussels, saying: “If a company is based on misleading users, on data exploitation and on decisions that are no choice at all, it doesn’t.” deserve our praise. It deserves reform. “

The battle is centered on a unique device identifier on each iPhone and iPad called IDFA. Companies that sell mobile advertising, including Facebook, use this ID to target advertisements and gauge their effectiveness.

With an upcoming update to iOS 14, any app that wants to use these identifiers will prompt users to opt for tracking when the app is first launched. When users log out, these ads become less effective. Facebook has warned investors that these emerging changes could hurt its advertising business as early as this quarter.

Facebook is now testing the effects of this update before Apple makes it mandatory for all apps early this spring.

As part of this test, starting Monday, Facebook will show some users its own prompts, explain why this activity should be tracked, and ask users to sign in. These prompts will appear on Apple users’ screens immediately before the Apple pop-up appears.

A trial version of the Facebook Command Prompt includes a bold header with the question “Can Facebook use your app and website activity?” and claims that Facebook uses this information to “provide a better advertising experience”. Then users can choose between “Disallow” and “Allow”. (The exact language and appearance of the Facebook prompt may vary.)

Regardless of the choices users make at the Facebook prompt, that choice is final and will be recognized by Facebook if they don’t allow tracking in the Apple popup.

Correction: In an earlier version of this story, part of Tim Cook’s speech was misquoted. The quote has been corrected.