Watch Frank Figliuzzi Thinks At this time’s Assault May Be the Begin of Many Extra Proper-Wing Home Terror Occasions.

The lame-duck session of Donald Trump’s presidency featured an attack on the Capitol building by his supporters. It was the first time the building had been breached in over 200 years. And Trump’s supporters are even more unhappy now that they know he won’t be installed back in the White House.

Thursday saw another attempted attack on the Capitol by a man who claimed he had explosives in his van. The terrorist, Floyd Ray Roseberry, talked about Trump being reinstalled in office and immigrants getting better things that he has.

During an interview on Nicolle Wallace’s show, former FBI official Frank Figliuzz said Americans should expect more of this. He began:

“What we’re seeing in this individual’s social media already and the associates that I work with who are on this and digging and scraping his social media, his postings, they’re telling me there is a deep sense of cause, as incoherent as it may be with this individual, there are several grievances he thinks he needs to air out. And why do we care about this? Why are we talking about it? As you said, it’s not to amplify him. It’s to amplify the DHS warning that tells us that there’s a perfect storm of grievance and cause developing on extremist sites of all kinds.” 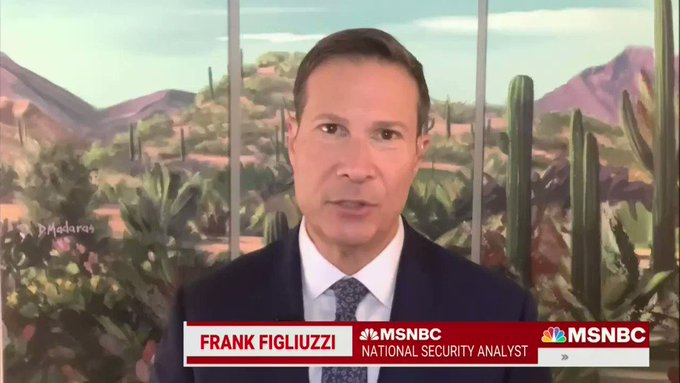 “And now let’s add, by the way, let’s add to what I’m about to list Afghanistan and a sense that something went wrong there and somehow that’s an injustice, perhaps, to those who served there or not. But let’s rattle it off. The anti-mask, the anti-vaccine, the Jan. 6th political prisoner notion, the notion that Ashli Babbitt is some kind of martyr that needs to be avenged, and now that Trump will come back and a rally is going to happen this weekend in Alabama.”

Singapore Minister of Transport on Aviation Sector Restoration Amid Covid