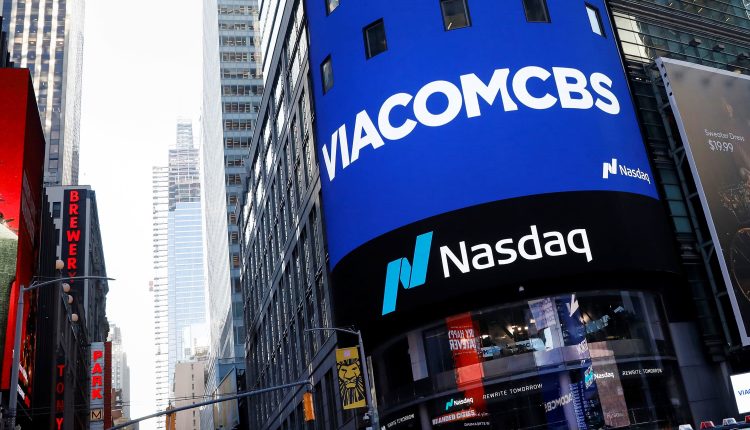 The ViacomCBS logo will be displayed on the Nasdaq MarketSite to celebrate the company’s merger on December 5, 2019 in New York.

Check out the companies that are making headlines in midday trading.

Wells Fargo – The bank’s stock fell 2.5% after it was announced that it no longer has holdings in Archegos. “We did not have any losses related to the completion of our engagement,” the bank said in a statement.

Roku – Video streaming stock rose 3.7% after Truist Financial upgraded the company to buy it off the hold. The Wall Street company said it sees more upside and that the company’s valuation is “tough.”

BioNTech – The biotech company’s shares rose 8.9% after BioNTech increased its manufacturing target for its Covid-19 vaccine. The company is targeting 2.5 billion cans by the end of 2021, compared to previously forecast production of 2.3 to 2.4 billion cans.

McCormick – The spice company’s shares rose more than 2% but closed lower after McCormick beat estimates for sales and earnings in the first quarter of fiscal. The company made 72 cents per share excluding items and had sales of $ 1.48 billion. Analysts polled by Refinitiv expected earnings per share of 59 percent and sales of $ 1.38 billion. The company also raised its outlook for the full year as the pandemic continues to drive home cooking.

Howl – – The review site operator’s shares fell 3.7% after Citi upgraded the stock to buy from Neutral. The bank said Yelp was a major beneficiary as the economy re-opens and consumers start eating out again.

Tegna – Broadcasting shares rose 5.7% after Tegna announced a dividend increase. The company’s new payout will be 10 cents per share higher annually, a 36% increase over the previous dividend.