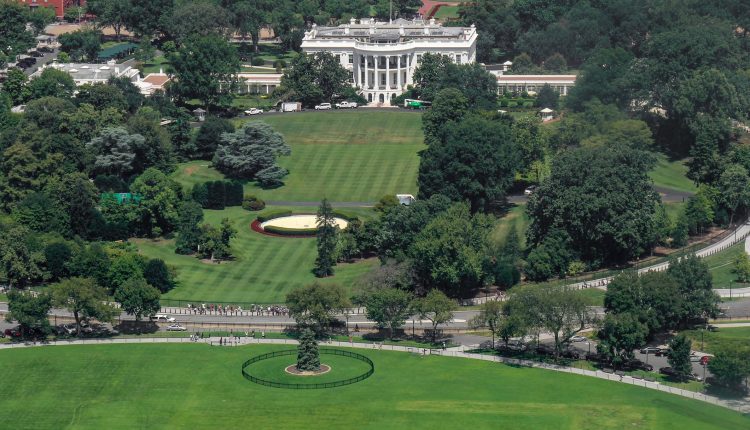 View of the White House and South Lawn from a window in the Washington Monument, Washington, DC

WASHINGTON – Federal agencies are investigating at least two mysterious incidents on US soil with some characteristics of “Havana Syndrome”, invisible attacks by American diplomats based in Cuba.

House and Senate Armed Forces Committee lawmakers confirmed to NBC News Thursday that they were informed of the investigation in April. One of the unsolved attacks reported by CNN occurred near the Ellipse, the oval lawn south of the White House, in November. The person who fell sick from the attack is a National Security Council official, people told CNN.

Earlier Thursday, Avril Haines, director of the National Intelligence Service, told lawmakers that she would work to provide Congress with further information on such investigations after being asked about the reported attacks. But it was easy on the details because the information is classified.

“I fully understand that getting the information is important so that you can respond to these issues and make good decisions,” Haines US Senator Jeanne Shaheen, DN.H., said during a testimony before the Senate Armed Forces Committee.

“Obviously, our concern about classification is that it either protects sources and methods and is critical to our national security,” added Haines.

In 2016, U.S. diplomats and their staff based in Havana reported hearing strange noises, steady pulses of pressure in their heads, and a range of other bizarre physical sensations. In some cases, diplomats noticed a severe deterioration in their hearing and eyesight.

Doctors hired by the State Department said brain scans from 21 affected U.S. workers showed structural changes in the brain that were not identified or linked to a known disorder.

The Ministry of Foreign Affairs gradually evacuated most of its diplomatic staff from Havana until 2018.

In February, the State Department announced that while it is investigating the mysterious neurological symptoms reported by American diplomats in Cuba, it will appoint a new senior advisor to handle future incidents.

“This advisor will be positioned in a senior position and reporting directly to senior management of the department to ensure, as stated, that we continue to take significant steps to address this issue and to ensure that our employees receive the treatment they receive need.” State spokesman Ned Price told reporters on Feb.11.

“We have no higher priority than the safety of US personnel, their families and other US citizens, of course in this country and around the world,” he added at the time.

Price also said the investigation was a high priority for Secretary of State Antony Blinken and that the matter was one of the first briefings he requested from the transition team.