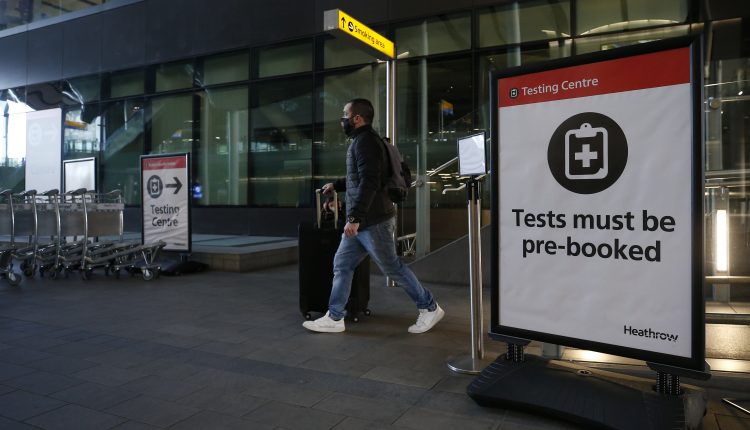 A traveler leaves a test center at Heathrow Airport in London on January 17, 2021.

LONDON – UK Transport Secretary Grant Shapps announced on Friday the ‘green list’ of countries UK residents will soon be able to visit without being quarantined on their return.

Travel was severely restricted during the heaviest months of a second wave of the coronavirus pandemic. However, as of May 17th, people in England will be allowed to visit certain countries, although some restrictions still apply.

Outside of these 12, other nations have been divided into “amber” and “red” lists – the latter requiring the strictest of measures. Turkey was a notable name that was added to the Red List on Friday.

Popular destinations for the British such as France and Spain were not yet put on the green list at this point. Shapps said at a press conference on Friday that countries on the green list can have their status withdrawn at any time.

Scotland, Wales and Northern Ireland will separately announce their own travel restrictions for their residents.

Learn how to compete with Really and White Claw