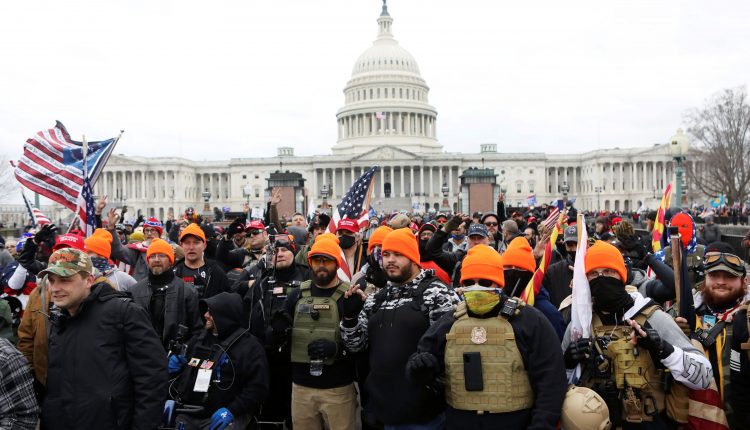 Members of the right-wing extremist group Proud Boys make “OK” hand gestures indicating “white power” as supporters of US President Donald Trump gather in front of the US Capitol to oppose the certification of the results of the 2020 US presidential election United States Protest Congress in Washington, USA, January 6, 2021.

Two members of the far-right nationalist group, the Proud Boys, were tried in federal court Friday for conspiring to obstruct law enforcement and other charges related to their participation in the January 6th deadly riot at the Capitol.

Dominic Pezzola, 43, from Rochester, New York, and William Pepe, 31, from Beacon, New York, were initially prosecuted and arrested earlier this month, according to a press release from the US Department of Justice.

Pezzola is also charged with obstructing an official trial; additional number of riots and aiding and abetting riot; Theft of US personal property; attack, resist, or hinder certain officers; Destruction of state property; and engage in physical violence in a confined building or site.

Pepe was a Metro Transit Authority employee who, according to an affidavit, used a sick day to travel to DC for the planned riot. The agency suspended him.

Pezzola, a retired U.S. Marine, was filmed using a police sign to break a window and break through the Capitol. Witnesses also told authorities that Pezzola, known to some as “Spaz,” said he would have killed Vice President Mike Pence and House spokeswoman Nancy Pelosi if he had the chance, according to an affidavit.

Prosecutors also said that Pezzola posted a video on social media smoking a cigar in the Capitol and saying, “Victory smoke in the Capitol, guys.”