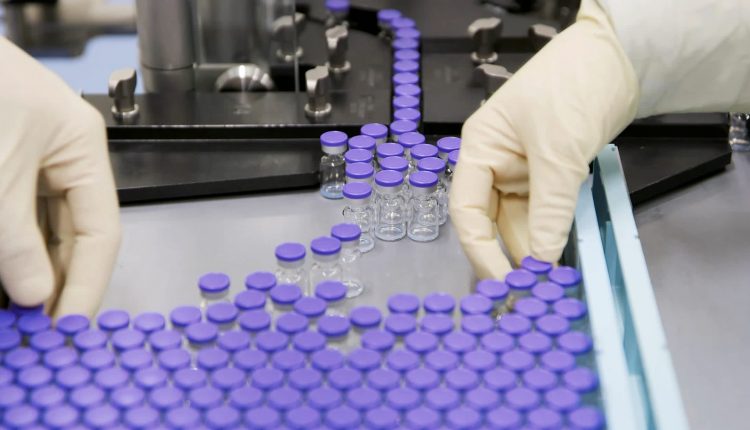 So-Low Environmental Equipment, a manufacturer of ultra-cold freezers, is seeing a surge in demand for its products in anticipation of coronavirus vaccine distribution, resulting in inventory despite its prep efforts.

“Right now we have nothing left,” said Dan Hensler, vice president of the Cincinnati-based company, on CNBC’s “Squawk on the Street” on Wednesday.

Only Pfizer and its German partner BioNTech have applied for emergency approval for their Covid-19 vaccine with the US Food and Drug Administration. However, the potential for approval as early as December has brought the complex logistics of distributing a vaccine to the fore, as the US government tests its delivery system in four states. Pfizer, who is distributing its vaccine, also has a pilot program underway.

In Texas, hospitals plan to potentially have vaccinations in less than three weeks. A key element of administration is storage, especially for the Pfizer BioNTech vaccine, which requires a temperature of minus 94 degrees Fahrenheit or minus 70 degrees Celsius. Moderna, which is about to apply for emergency approval with the FDA, can store its vaccine at minus 4 Fahrenheit for up to six months.

So-Low specializes in freezers that can cope with these freezing temperatures and is one of Pfizer’s customers. In the spring, as companies and governments alike pressed to speed up vaccine development, Hensler said the family-owned company had started increasing warehouse capacity by ordering parts and raw materials.

“We heard the Pfizer had to be stored at minus 70. We made it our business to say, ‘Hey, listen, we have to do something about it,'” he said. However, efforts to ensure sufficient supply did not meet the demand that emerged after the Centers for Disease Control and Prevention published the vaccine guidelines, which included storage information. Since then, every US state has submitted plans for the storage and distribution of vaccines to the CDC.

“Our phones rang the day they … came public. The inventory we had made was gone in three weeks. Now we’re building everything to order,” said Hensler. “We currently have a delivery time of six to eight weeks. It was crazy. It was absolutely crazy.”

So-Low, which was founded in 1959, works overtime, including Saturdays, to meet demand, says Hensler, who has been with the company for nearly 30 years. It has a little over 50 employees.

“We’ll be working the Friday after Thanksgiving,” said Hensler. As the company sees it, he said, “The sooner we can get freezers out, the more people can be vaccinated and we can get back to normal rather than this new normal.”