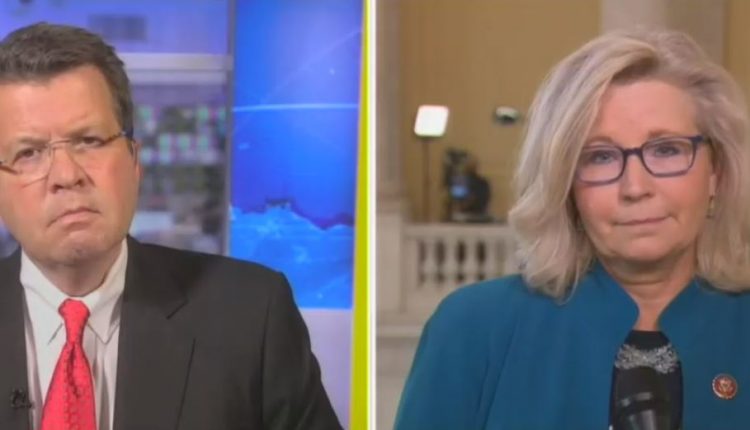 The current rift that haunts the Republican Party has centered on the “big lie.” To be a Republican insider these days, one has to accept that Donald Trump stole the 2020 presidential election. If you don’t, you will surely be avoided.

In other words, the divide is not about the strength and substance of conservative principles, or standing up for Republican politics – or even loyalty to Donald Trump’s political agenda. As previously mentioned, embattled MP Liz Cheney (R-WY) actually voted in line with Trump’s legislative agenda as her successor to her leadership position in the Republican House, Elise Stefanik (R-NY).

At least experts, professors, and politicians have characterized the opposing sides of the divide in these terms, building on one side a runaway Republican contingent that insists on selling, if not selling, the deception that stole the election believe Trump, against a traditionalist, somehow sane and principled wing of the Republican Party that is committed to embracing the truth, upholding the constitution, and promoting a conservative vision that supposedly orbits the realm of reason and embraces truth and constitutional principles rooted. The first side, it is said in history, has given up democracy and promises its extinction, while the latter camp is considered to be the strongest defender of democracy.

Cheney was, of course, hailed as a courageous profile, a hero who fights against this principled standpoint.

In many ways, the rise of this “Stop the Steal” faction, who may seem as insane as they are dangerous, has done the traditional wing of the Republican Party a huge favor by providing them with a fig leaf to cover their otherwise shameful, inhuman and otherwise anti-democratic principles and guidelines. They sound reasonable and reasonable in comparison by simply distinguishing themselves from an extremism based on blatant dishonesty and fueled by a vocal and fearful white supremacy.

Indeed, Trumpism has provided the Republican Party establishment with a random opening to salvage its own perfidious conservatism by providing some sort of straw man foil that enabled the “establishment” to draw American political attention to the danger and ridicule of Trump’s “Stop the Steal” disciples, thereby diverting attention from the damage and violence that Republican politics has wrought on American life in the past.

Long before the big lie of the stolen elections, many of the bigger lies the GOP had passed on to Americans to its great detriment, exacerbating economic inequality, cementing minority rule at the expense of democracy, and ignoring the nation’s infrastructure and environment.

In her most recent interview with NBC’s Savannah Guthrie, the now-exalted Cheney took the limelight to express the long-standing lie of Republican politics herself, as she told Guthrie: “I obviously believe that Republican Party’s politics are much better for the country is. ”

Was the Republican Party policy “much better for the country”?

Such a statement begs the question of what country Cheney lived in.

Cheney and her founding gang did not support the American Rescue Plan Act, which provided much-needed aid to millions of Americans suffering from unemployment, evictions, inability to support their families, and much more.

In fact, they spread some pretty big lies – and among those “they” were those Republicans who supposedly make up the “healthy” establishment, like Senators Mitt Romney and Susan Collins.

Romney repeated Mitch McConnell, insisting that the Americans really had no need.

And when Jason Easley was drafting for PoliticusUsa, Collins again took the stance of one willing to compromise and work across the aisle, and again made serious efforts to address the suffering of desperately needy Americans.

And the Republican-backed COVID-19 aid package in March 2020, the CARES bill while Trump was still in office, included billions in donations to millionaires and real estate tycoons unrelated to the conditions created by the pandemic crisis. We raise the question of whether or not we are really all together, and we are sure to expose once again the Republicans’ refusal to devote resources to the urgent needs of Americans and instead to the rich.

Such policies and behaviors, of course, symbolize the policies that Cheney touts as “much better for the country” which, even if she believes what she says, is still a big lie about the creation and sustaining of a democracy threatens economy and politics.

Take Trump’s infamous tax cuts, enacted at a time when the post-Barack Obama’s economy was buzzing and needed no stimulus at all. Trump cut tax rates for corporations and the richest Americans by 40% from 35% to 21%, motivating Paul Ryan and Mitch McConnell to renew their calls for Social Security and Medicare cuts to address the deficit they created .

In a way, Republicans continued the trickle-down economy’s lie while admitting that they had failed in their call for cuts elsewhere to make up for the increased deficits caused by tax cuts that were supposed to stand alone pay off yourself.

Indeed, companies like AT&T, Wells Fargo, and General Motors have reaped millions of Trump’s tax cuts and still made massive layoffs of workers.

So much for the trickle.

Politicians like Cheney, who continue to think maudlinically about what is “much better for our country” know full well that they are serving only the rich, ripping off the majority of American taxpayers and workers while relentlessly ripping off the workers-created wealth transmitted to the richest among us, while so many Americans cannot afford to have their most basic needs met.

Meanwhile, the country’s main infrastructure, which companies like Amazon rely on to make their billions, continues to crumble as the country’s tax base is crumbling due to these ill-advised cuts that are deterring businesses and the wealthy from repairing the infrastructure of the country Land to pay, shrink their profits possible.

So far, however, Cheney and her establishment gang have managed to blind the media to this reality, to their own lies, by referring to Trumps.

We need to look at all of these lies without distraction, and keep an eye on the price of a democratic economy and politics that will serve all Americans.

Tim Libretti is a professor of American literature and culture at a Chicago state university. A longtime progressive voice, he has published numerous academic and journalistic articles on culture, class, race, gender, and politics for which he has received awards from the Working Class Studies Association, the International Labor Communications Association, and the National Federation of Press Women and the Illinois Woman’s Press Association.