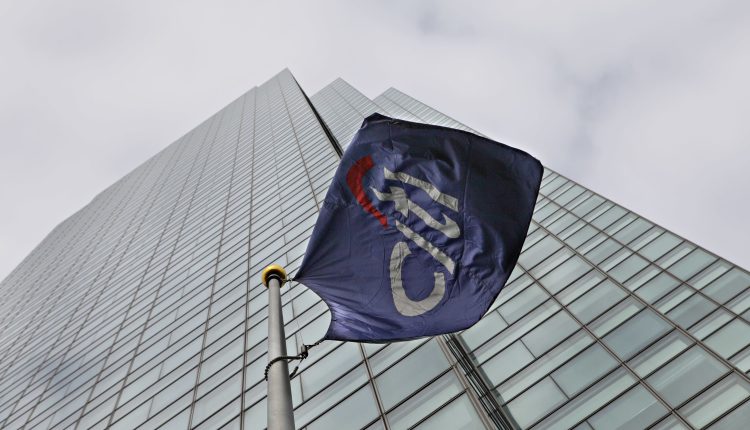 A flag flies outside the Citigroup building in the Long Island City neighborhood of Queens, New York.

Citigroup will face a shareholder vote Tuesday on whether the bank should include a non-management employee in its pool of candidates when filling a board seat.

The proposal, led by shareholder attorney James McRitchie and based on the NFL’s Rooney Rule, aims to diversify boards of directors and bridge the gap between corporate governance and workforce. The aim is to open the communication channels between the workforce and the board members and to ensure that the employees can make their contribution and the board is aware of important issues.

The coronavirus pandemic raised awareness of the pressures hour workers are grappling with. While many companies were giving sick pay to their employees during the crisis, concerns about the valuation of profits over safety have drawn many to voice, such as the recent union action by Amazon workers in Alabama.

“Last year was a big wake up call for frontline workers and the need to have these people,” McRitchie said.

One example is the growing gap between CEO and employee compensation. From 1978 to 2018, CEO compensation rose more than 1,000%, while wages for the typical worker rose only 11.9%, according to a 2019 report by the Economic Policy Institute.

In the US, the most recent known example is the United Auto Workers’ Retiree Health Trust, which was given a seat on the General Motors board of directors after the automaker went bankrupt during the 2008 financial crisis. The trust lost its seat in 2018 after selling some of the shares and reducing its stake to less than 50%. In the same year, Sens. Tammy Baldwin, D-Wis., And Elizabeth Warren, D-Mass., Introduced two bills that would require employees to vote for a significant portion of board seats.

A look into the business

“The board shouldn’t be involved in day-to-day management, but sometimes the problems start inside. Trees rot both bottom-up and top-down,” said Nancy May, CEO of BoardBench Cos., A corporate governance consultancy .

May used the example of the recent Purdue Pharma scandal where the board claimed it was ignorant of the sinister tactics that drove sales. Purdue filed for Chapter 11 bankruptcy in 2019, a year before pleading guilty to criminal charges brought by the Department of Justice for marketing OxyContin.

A disadvantage of the proposal, however, is that, according to May, there may be executive board members of the employees who do not fully understand the business operations of the companies or who are driven by their personal convictions.

The current attempt to consider a non-management employee for a seat on the board began more than a year ago at the Walmart shareholders meeting with a proposal from Cynthia Murray, an hourly employee of the retailer.

“I know when the pandemic started Walmart dropped the ball,” Murray said in an interview. “Had we had workers on the board, they could have intervened immediately and said that this was the case.”

Murray is a member of United for Respect, an advocacy group made up of Walmart workers. United for Respect and Majority Action, a nonprofit focused on corporate accountability, has worked together to increase support for the proposal. According to Eli Kasargod-Staub, Executive Director of Majority Action, the initiative was supported by the Treasurers of Illinois and Pennsylvania. However, with only 1.9% of the shareholders, the votes were far out.

McRitchie, who publishes CorpGov.net, then took over the mantle. He made suggestions similar to terminology they use for the workforce – such as Starbucks’ use of “partner” – and existing ones to Starbucks, Disney, Woodward, WD-40, Citigroup and Edwards Lifesciences, who will hold their annual general meeting on May 4th Mechanisms to measure employee thoughts, such as WD-40’s employee surveys.

McRitchie’s resolution also includes other options for attracting more input from workers, such as: B. the appointment of a board member as a liaison to the employees, the creation of a workers’ council or the introduction of a comprehensive share participation program for employees.

So far, his campaign has largely not achieved shareholder approval. The Starbucks, Disney, Woodward and WD-40 proposals received single-digit supporting votes after the company’s boards of directors told shareholders to oppose the proposals.

In the proxy filings, all boards opposed the proposal, indicating that companies already have open lines of communication with employees and a solid process for appointing board members. For example, the WD-40 board of directors stated that 94% of employees who responded to their last biennial survey said they were excited about the company’s future direction.

AT & T’s board of directors used similar arguments last year when it faced a similar proposal from Jeff Rechenbach, the retired treasurer of the Communications Workers of America, a union that represents more than 150,000 workers for the company.

Starbucks, AT&T and Citigroup declined to comment on the proposal. Walmart, Disney, Woodward and WD-40 did not respond to a request from CNBC for comment. A spokesman for Edwards Lifesciences referred to the power of attorney for the company’s public stance on the matter.

Resubmitted proposals face an uphill battle that has to be voted on again. The Securities and Exchange Commission allows a company to remove a re-submitted proposal from its proxy materials if it has not received at least 5% of the votes in a previous vote in the last five years. Murray has instead tabled a resolution for this year’s Walmart shareholders meeting to form a pandemic advisory board made up of workers to advise the board of directors.

At Citigroup, McRitchie’s proposal is unlikely to get enough support. The Board of Directors again urged shareholders to vote against the proposal, noting that the appointment of employees is not prohibited.

“The Board believes that it is problematic to require people to be included on the candidate list on the basis of a single qualification – employment with Citi – without those candidates having to meet the general qualifications of the director of Citi,” it said in the power of attorney from March.

McRitchie hopes there will be progress in the years to come.

“Public pension funds voted against these proposals because they didn’t really have a policy and I think we might see a different story next year,” he said.

Majority Action’s Kasargod-Staub noted the progress made over the past decade in connection with other efforts to diversify corporate boards so that shareholders can better understand the Rooney Rule approach. But May believes the process will still be slow despite mounting pressure from shareholders.

“The boards here in the US move slower than a snail to make changes,” she said.