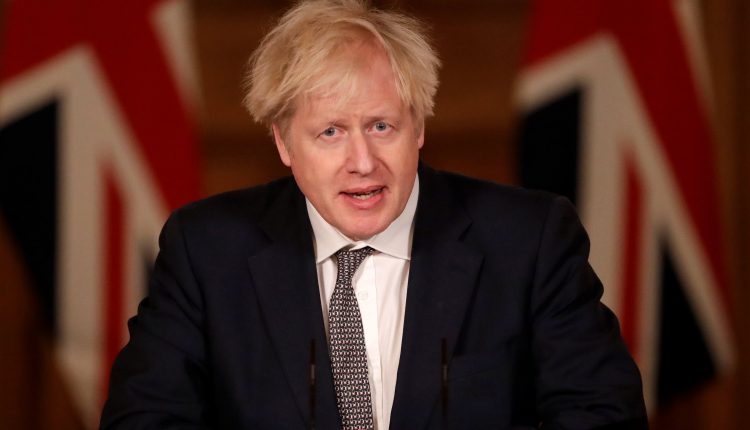 LONDON – A new chapter in the history of Britain’s relations with the rest of Europe has begun.

Great Britain officially left the European Union last January after 47 years of membership in the 27-member bloc, but a transition period that lasted until 2020 has also expired – from Thursday, 11 p.m. local time.

Both sides have come a long way since the summer of 2016 when, in a referendum on EU membership, nearly 52% of UK voters decided to leave the EU and 48% voted to stay.

The vote against the background of the European migration crisis was the result of deeper disagreements in Great Britain about the advantages and disadvantages of staying in the EU.

For Remainers, the EU was (and is) the triumph of European unity, peace and cooperation forged after the devastation of World War II. EU membership enabled British citizens to freely travel, work, study, live and move around the European Union.

For Leavers, however, leaving the bloc was an opportunity to regain power over decision-making in Britain and largely over its fate. The vote to leave was the fulfillment of long-standing doubts about the direction the EU was headed towards “ever closer union”, the longtime Eurosceptic politicians, mainly within the ruling Conservative Party, and parts of the British press.

For Leavers, Brexit was an opportunity to regain control (a worn-out slogan for the holiday campaign) and give Britain a chance to free its own rules from Brussels.

Still, the process of abandoning the economic and political bloc, a breakup after decades of often difficult relationships, has taken its own sacrifices among the British political establishment.

David Cameron, UK Prime Minister at the time of the referendum, resigned the day after the result. Then former Prime Minister Theresa May resigned in mid-2019 after several failed, chaotic attempts to get the UK Parliament to approve the Brexit deal, or “withdrawal deal” she made with the EU.

Boris Johnson took office in May 2019 and won a landslide majority in a subsequent election later that year after promising to finally implement the referendum result (although that did not determine what future UK-EU relations would look like). and reach a trade deal with the EU after Brexit.

Graduates like Johnson had promised it would be easy to reach a trade deal with the EU after Brexit. It turned out to be anything but. Attempts to reach a deal last year as the UK continued to follow EU rules and was part of the single market and customs union.

The UK-EU negotiations, led by David Frost and Michel Barnier respectively, hit the headlines later in the year, and time was running out to reach an agreement. The sticking points between the two sides revolved around ensuring fair competition, the enforcement and regulation of the trade agreement and fishing rights.

When a deal seemed far from achievable, business leaders in the UK and EU expressed deep concern about the chaos that could arise if a no-deal scenario unfolds in the rules governing trade between the UK and the continent were abolished overnight became a dreaded “cliff-edge” scenario on January 1, 2021.

However, at the eleventh hour and before December 31st, on Christmas Eve, the negotiating teams reached an agreement that the British government called, succinctly, the “zero tariff, zero quota deal”.

Johnson welcomed the deal, saying that “the clashes with our European partners have been fierce at times, but I believe this is good business for all of Europe.” European Commission President Ursula von der Leyen described the deal as “fair” and “balanced” and added that Europe would continue to work with Britain, which she described as a “trusted partner”.

Earlier this week, ambassadors to the 27 EU countries officially approved the trade deal, and on Wednesday it was approved by a majority of UK lawmakers in Parliament. The European Parliament is expected to vote on the agreement in January.

Now new EU-UK trade agreements have come into effect and companies have been told to expect disruption and changes, as well as more paperwork.

Surveys show that the British remain divided over whether the decision to leave the EU was the right one. A BBC report that examined a handful of public opinion polls over the past few months found that an average of 53% would vote to remain in the EU and 47% to leave if asked again.

This has raised the dim and perhaps distant prospect that the UK might even re-join the EU one day. Johnson said last week the UK will “remain culturally, emotionally, historically, strategically and geologically linked to Europe” and remain a firm ally of its neighbors.

As the trade deal passed parliament on Wednesday, marking the final chapter of four years of divorce and the beginning of a new relationship, Johnson said, “The fate of this great country is now firmly in our hands.”

“December 31st at 11 pm marks a new beginning in the history of our country and a new relationship with the EU as its greatest ally. That moment is finally around the corner and now is the time to seize it.”