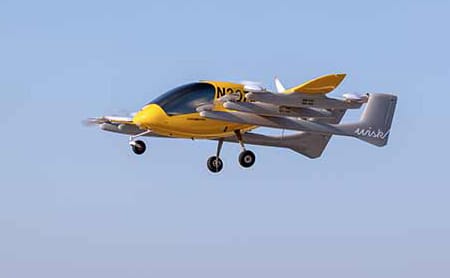 Wisk Aero, a startup supported by Boeing and Kitty Hawk, has signed its first contract to operate autonomous air taxis in the United States.

The company will own, operate and service up to 30 eVTOL aircraft that will serve as part of the Blade charter flight network. Use of Wisk air taxis depends on the Federal Aviation Administration certifying the aircraft for commercial operation.

“We have been focused on creating an aircraft and customer experience that is efficient, accessible, and most importantly, safe,” said Gary Gysin, CEO of Wisk, in a press release announcing the deal. “The combination of our expertise as an autonomous eVTOL aircraft manufacturer and operator with the operational expertise of Blade will help to achieve an even higher level of security and service.”

For Blade, the Wisk partnership is the company’s latest move to add eVTOLs, electric vertical take-off and landing aircraft, to its charter network. In mid-April, a contract was signed with Beta Technologies for the operation of 20 piloted eVTOLs from 2025.

In contrast to the Beta Technologies aircraft, the Wisk eVTOLs are designed to fly autonomously and carry two passengers up to 40 km when fully charged.

Wisk, which builds autonomous eVTOLs, was founded in 2019 when Boeing agreed to combine some of its development work on eVTOLs with a division from Kitty Hawk, the company founded by Google co-founders Larry Page and Sebastian Thrun. In April, Wisk filed a federal lawsuit accusing Archer Aviation, which is also developing an eVTOL, with “brazen theft.”

In the complaint, Wisk accused Archer of stealing “intellectual property and confidential information”.

CDC predicts a rise in US Covid instances by Could because of variant B.1.1.7 earlier than a “sturdy decline”.