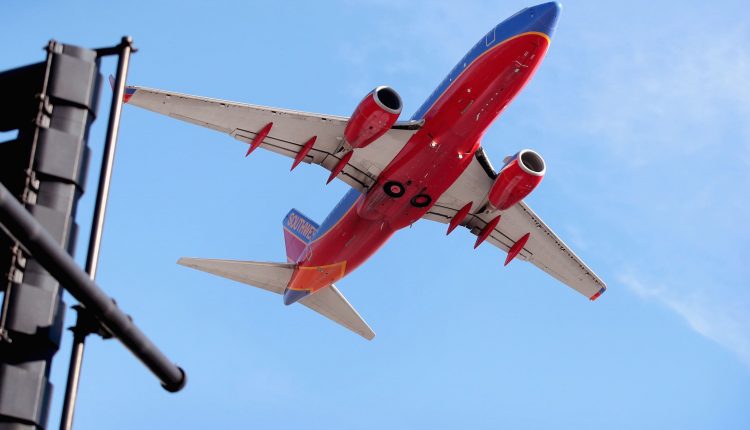 Both airlines have seen an improvement in travel bookings and plan to increase flying during the peak spring and summer months as more people are vaccinated against Covid-19 and tourist attractions reopen.

American Airlines recorded a net loss of $ 1.25 billion. The Fort Worth, Texas-based airline, like its major competitors Delta and United, has had to forego much of the business that airlines with international travel revenues have long relied on. American CEO Doug Parker said the demand for business travel is gradually improving but is still well below pre-pandemic levels.

American revenue for the first quarter was just over $ 4 billion, a decrease of nearly 53% from more than $ 8.5 billion a year ago and below analyst expectations. After adjusting for one-time effects, American had a loss per share of $ 4.32, a penny more than analysts estimated.

“The pandemic is far from over. We must keep fighting like never before and make sure that the American is at the forefront when the green flag falls,” said Parker and President Robert Isom in a statement to staff. “As our world advances every day in the COVID-19 vaccination effort, customers return again on travel and there is no doubt the pace of recovery is accelerating.”

Better demand will help both airlines reduce their cash usage. American had an average daily cash burn of $ 27 million in the first quarter, which fell to $ 4 million in March. Southwest, meanwhile, expects to see balanced core cash flow “or better” by June.

The Dallas-based airline posted net income of $ 116 million for the first quarter, compared to a loss of $ 94 million a year earlier. The first quarter profit came from more than $ 1 billion in federal aid that offset labor costs.

Southwest’s revenue fell to $ 2.05 billion, a decline of more than 51% year over year and slightly below Wall Street analysts’ expectations of $ 2.07 billion. Southwest posted adjusted loss per share of $ 1.72, lower than analysts’ forecast of $ 1.85 per share.