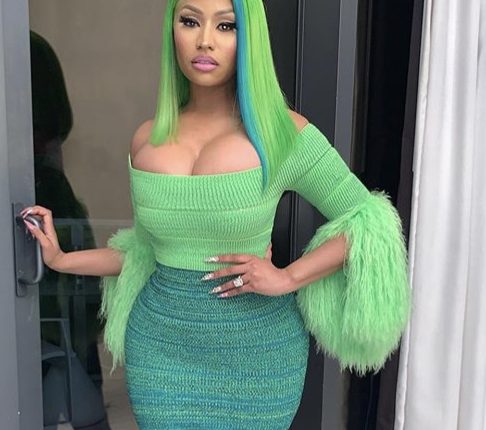 Nicki Minaj has locked the internet for the past 24 hours, and while Barbs around the world are excited to see her return, people are talking about her off-camera activities on her last Instagram Live.

Late Thursday night, Nicki Minaj went live to share her key announcement. Her legendary mixtape “Beam Me Up Scott” is available on all streaming platforms, with a new single from Lil Wayne and Drake.

Speaking of Drizzy: Young Money fans also got their lives when Drake came to Nicki and showed each other some love. Drake had some warm words for his sister and said the game missed her and her rhymes.

He also teased an upcoming reunion between them, and fans couldn’t help but hope their reunion will mark a game date for the boys of the rappers as well.

Amid the excitement and Nicki mania, some people noticed that Nicki was constantly sniffing during her livestream, which led some to speculate about her alleged drug use.

The rumors were enough for Nicki to return to the IG live on Friday and address the tea himself.

Nicki made it very clear that she has been open about her drug use in the past and in her music so she doesn’t have to lie. Nicki told her fans that she had never tried cocaine in her life, despite people assuming it.

The only mention of cocaine in her music was about “weight,” she said. Check out what Nicki Minaj had to say to her fans below: