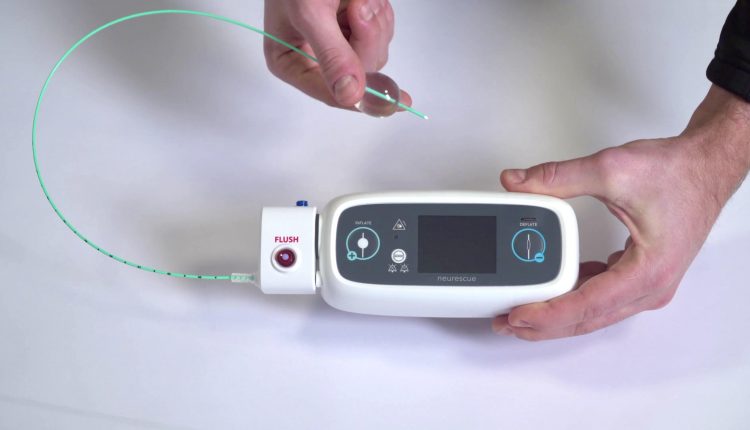 Cardiac arrest is a leading cause of death worldwide, killing 7 to 9 million people annually. With normal care, 1 in 10 people will survive cardiac arrest. Neurescue was led by Dr. Habib Frost and is headquartered in Copenhagen, Denmark. With this new device, this survival rate should be increased to 9 out of 10 people.

The US Food and Drug Administration is currently reviewing the Neurescue device to increase blood flow to the brain and heart in life-threatening emergencies. Standard treatment for treating cardiac arrest includes chest compressions and defibrillation. This replaces about a third of the blood flow in the body and compressions add about 30 minutes to a patient’s life. That small window and lack of blood can ultimately lead to brain damage and even death.

The Neurescue device can double the time it takes a doctor to control blood loss and increase the opportunity for additional life-saving procedures such as stents or pacemakers. A catheter-based device is inserted through the femoral artery, blocking blood flow to the lower extremities and diverting it to vital organs within a minute.

“With Neurescue we want to widen this window of time so that we finally have enough time to get these patients to these specialized hospital departments, to finally get these patients onto this existing advanced machinery where we can support their hearts, place those stents, and place them Pacemakers that we know can get that heart out of this cardiac arrest situation, “Frost told CNBC.

The Neurescue device is inflated.

Initially, the device will be available for major bleeding and future uses will be for cardiac arrest. Frost is currently intended for doctors and medical professionals and hopes to build additional neurescue devices for non-doctors.

“It’s at the core of our soul, making this type of therapy possible for these myriad patients who just aren’t getting this treatment today. That’s the big picture of where we’re going and what really motivates us on the team,” Frost said.

Watch the video above to learn more about the Neurescue device.