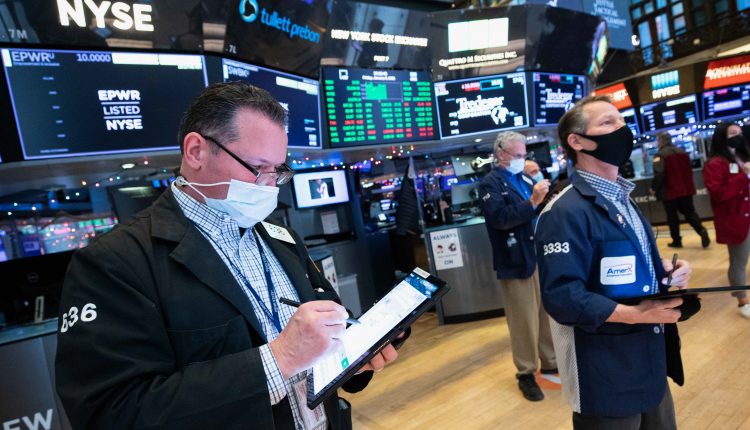 The stock market had a solid week ahead of the 2021 start as investors looked to a forcible siege of the Capitol and focused on the prospect of additional fiscal stimulus after a Democratic Congress. The S&P 500 climbed to a record 1.8% for four days last week. The Dow and the tech-heavy Nasdaq Composite gained 1.6% and 2.4%, respectively, and also hit all-time highs.

“Progress is based on three main pillars: strong corporate profits, massive momentum and vaccination optimism,” said Adam Crisafulli of Vital Knowledge in a note on Sunday. “Expectations for the incentives are rising – Biden’s plan may be worth several trillion dollars on paper, but what actually gets passed will likely be much smaller.”

President-elect Joe Biden on Friday promised a bold introduction of economic stimulus that will be in “trillions of dollars”. Further details will follow in an official announcement on Thursday, six days before he takes office.

The need for further incentives was underscored by an unexpected job loss in December. The Labor Department reported Friday that the number of non-farm workers fell by 140,000 as new lockdown restrictions hit virus-sensitive industries. This was the first monthly decline since April.

Political turmoil should continue this week and it remains to be seen when or if the markets will be affected. Democrats, backed by some Republicans, are starting impeachment proceedings against President Donald Trump in the House of Representatives to instigate the mob attack. The House Rules Committee is expected to expedite the impeachment process without hearing or voting by the committee.

For now, the market seems to be looking past that as Congress successfully confirmed Biden’s election victory and the Democrats, who are now in the Senate majority, are likely to pursue another major stimulus. If these events start to delay or derail these stimulus plans, traders may pay more attention.

Some on Wall Street are seeing a pullback for the market, especially after a surprisingly strong 2020. The S&P 500 rose 16.3% over the past year.

“After being bullish for a few months, we are definitely becoming more cautious in the stock markets at these levels,” said Matt Maley, chief market strategist at Miller Tabak, in a note on Sunday. “We believe the vast majority of the rally from the March lows is behind us … and that a correction is likely to begin sometime in the first quarter of this year.”

Last week, the benchmark yield on 10-year government bonds surpassed 1% for the first time since the March pandemic-sparked turmoil.