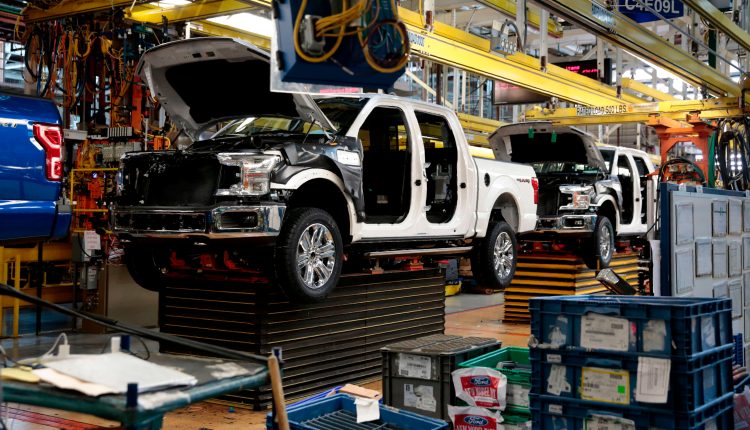 Automakers around the world are expected to lose billions of dollars in revenue this year due to the shortage of semiconductor chips. This situation is expected to get worse as companies struggle to get the critical parts.

Consulting firm AlixPartners predicts the shortage will reduce global auto industry sales by $ 60.6 billion this year. That conservative estimate spans the entire supply chain – from dealers and automakers to large Tier 1 suppliers and their smaller counterparts, according to Dan Hearsch, executive director of New York-based automotive and industrial practice.

“Everyone lost some of their money all the way down the supply chain,” he said. “That could be 10% of global demand this year, which has an impact on the recovery. We don’t think we’re overstating this.”

Semiconductor chips are extremely important components of new vehicles for areas like infotainment systems and more basic parts like power steering and brakes. Experts say a vehicle could have hundreds of semiconductors depending on the vehicle and its options. High-priced vehicles with advanced security and infotainment systems have far more than a basic model, including different types of chips.

“I can’t imagine anyone being spared,” said Hearsch. He said the situation could turn into a “knife fight” between corporations, industries and even countries for the supply of the chips used in everyday consumer electronics.

One of the only outliers so far is Toyota Motor, which had a four-month supply of chips on hand on Wednesday and, according to Reuters, didn’t immediately expect the global shortage to affect production.

Zachary Kirkhorn, Tesla CFO, told investors during the company’s quarterly earnings call last month that the shortage and capacity of the shipping ports could have “temporary effects” on the automaker. In a public filing, the company said the effects of the shortage were “not yet known,” and the unavailability of parts could affect production.

Automakers are struggling to supply chips that are complex and have extremely long lead times. The shortage is far down the supply chain and is causing ripples across the network.

Some automakers like GM and Ford have confirmed plans to partially build and store products until stocks are available for the vehicles. Others have said they could try buying the parts directly from smaller suppliers, cutting off much of the current supply chain.

Research firm IHS Markit expects 672,000 fewer vehicles to be produced in the first quarter of 2021 due to the semiconductor shortage, including 250,000 units in the world’s largest vehicle market, China.

Although major semiconductor suppliers like Taiwan Semiconductor Manufacturing, based in Taiwan and United Microelectronics, have announced investment plans to increase manufacturing capacity, such plans will do little to nothing to remedy the shortage in the short term, according to IHS.

“As the cause of these limitations lies in the increasing demand from OEMs and the limited supply of semiconductors, it will not be resolved until the two forces are coordinated,” said Phil Amsrud, senior principal analyst for advanced driver assistance systems, semiconductors at IHS Markit and Components.

One of the hardest hit automakers is Ford. The company was forced to significantly cut production of its F-150 pickup truck this week, which is vital to the company’s profits. Ford said it was working closely with its suppliers to buy the chips, which are largely unique to the pickup and cannot be replaced by those from cheaper vehicles.

This is different from the rival GM from Crosstown. The Detroit-based automaker has temporarily suspended production at three auto and crossover plants in North America until at least mid-March. According to CFO Paul Jacobson, the production of its more profitable pickups and full-size SUVs will be prioritized.

How did we get here?

The global automotive industry is an extremely complex system of retailers, automakers and suppliers. The latter group includes larger suppliers such as Robert Bosch and Continental AG, who purchase chips for their products from smaller, more focused chip manufacturers such as NXP Semiconductors or Renesas.

A kink in the supply chain during any part of the process can have a huge impact on production as a whole.

“This is a classic example of the bullwhip effect,” said Razat Gaurav, CEO of supply chain software and analytics company Llamasoft. “Small changes in demand, as they travel further up the value chain, the variability and volatility increase dramatically.”

A close-up of a CPU socket and motherboard lying on the table.

Much of the problem starts at the end of the supply chain with “wafers”. The wafers, along with the small semiconductor, are used to create a chip that is then built into modules for things like steering, brakes, and infotainment systems.

According to Hau Thai-Tang, Ford’s chief product platform and operations officer, a lead time of 26 weeks is required to build the chips before installing them in a vehicle.

The origin of the shortage lies at the beginning of last year, when Covid caused rolling shutdowns in vehicle assembly plants. When the facilities closed, the wafer and chip suppliers diverted the parts to other sectors such as consumer electronics that were not expected to be affected by home orders.

“These chipmakers and wafer manufacturers have started to re-use their consumer electronics capabilities, which has increased due to home work and virtual work patterns,” Thai-Tang said at an investor conference last year. “Fast forward, if you add 26 weeks to the time you made those decisions, the decline or bottom of the second half of last year hit the auto industry and entered the first quarter.”

“There is no easy way out,” said Kristin Dziczek, Vice President for Industry, Labor and Economy at the Center for Automotive Research. “Last year we knew that once they were able to smooth the curve and put security protocols in place, they could go back into production. Now they are not. We have really long lead times and increasingly demand for chips.”

– Lora Kolodny from CNBC contributed to this article.