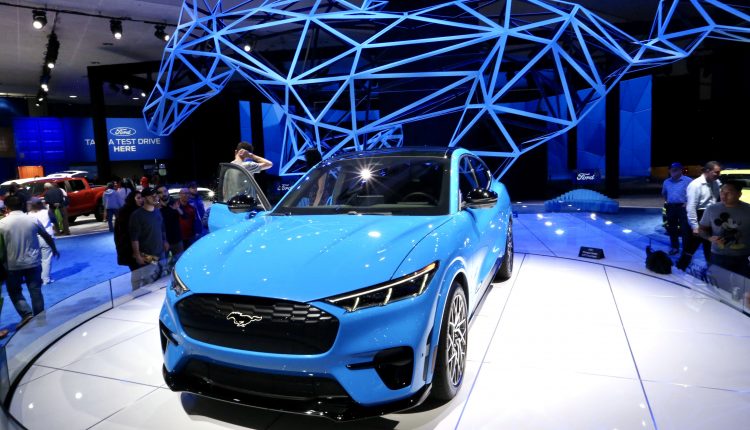 DETROIT – Ford Motor should sell enough electric vehicles in North America to produce its own battery cells domestically by 2025, a senior executive at the automaker told CNBC.

The schedule is the most detailed Ford has given for electric vehicle battery production that Wall Street is closely watching, and it’s a reversal of corporate strategy under former CEO Jim Hackett. In-house production of battery cells is expected to be key for automakers to drive down electric vehicle costs and ensure sourcing for an expected surge in demand this decade.

“We don’t have to scale today to justify our own battery factory,” said Hau Thai-Tang, Ford’s chief product platform and operations officer, in an interview on Monday morning. “But by 2025, when we bring the F-150, the E-Transit, and another battery electric vehicle that we have announced, we will have enough volume in North America to justify our own plant.”

According to Ford spokeswoman Jennifer Flake, the exact timing of production will depend on the EV market, consumer demand and R&D progress. The company, she said, “may be able” to produce its own EV cells by 2025.

Ford has cautiously expanded its range to include electric vehicles and launched its first new electric car – the Mustang Mach-E – in the US late last year. The company expects there will be an all-electric Ford transit van and an EV version of the Ford F-150 pickup later this year by mid-2022. The company has not released details of any other new electric vehicle mentioned by Thai-Tang.

Thai-Tang’s comments come after the company announced on Monday that it would increase its investment in an electric vehicle battery start-up with hopes of incorporating the next-generation solid-state batteries into its electric vehicles by the end of this decade.

Ford announced plans last week to invest $ 185 million in a new battery lab to make its own battery cells for electric vehicles, but didn’t announce full production like Tesla or General Motors. Ford is currently buying cells from suppliers like SK Innovation in South Korea.

The new lab, plus another $ 100 million battery facility that opened last year, compliment Ford’s plans to invest $ 22 billion in vehicle electrification from 2016 to 2025.

Ford’s plan to manufacture battery cells came about under Ford boss Jim Farley, who took office on October 1. He changed the course of his predecessor Hackett, who had said the automaker saw “no advantage” in making battery cells.