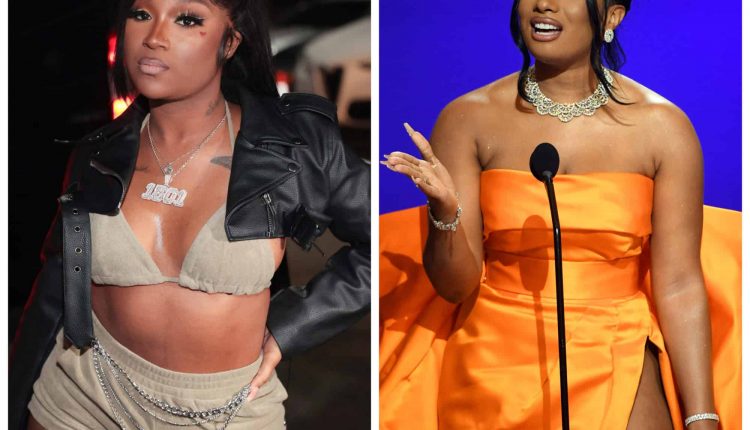 If you’re waiting for a collaboration between Erica Banks and Megan Thee Stallion, keep waiting because it doesn’t seem like we’re getting one anytime soon.

While Erica claims the two Texas presenters ran out of beef, fans couldn’t help but read between the lines regarding Erica’s recent interview with Hot New Hip Hop.

Fans interpreted their answers as shadows when the interviewer asked about her relationship with Megan.

Just for some background, Megan’s rise to star began with former MLB star Carl Crawford’s 1501 Entertainment record label. Meg has since had a tumultuous relationship with her former mentor and has distanced herself from the label amid her legal troubles while she is currently represented by Roc Nation.

Megan had a banner year and it’s only April after she won three Grammy Awards and made history with Beyonce for her song “Savage (Remix)”.

Since Megan’s relationship with 1501 went awry, Erica Banks has taken her place as the label’s newest rising star, who has had much success with her song “Buss It”.

There was speculation that the two didn’t get along, especially given Erica’s closeness to Carl. Fans believe Erica fired multiple shots as Megan’s 1501 label mate, but Erica denies any beef with Meg.

Fast forward to Erica’s interview and you can see how she responded to:

But Erica had a few things to say when she entered TheShadeRoom to purify the air:

“The first part consists of two questions in one… There is no beef, so there is nothing to“ squeeze ”or“ talk ”about. So when I was asked if I was open to “talking” about it, I said no. Bloggers / interviewers seriously need to grow up, ”she said.

Well, we hope in the name of female unity that we get the Texas Bop that we need in the future. We’ll keep you up to date.