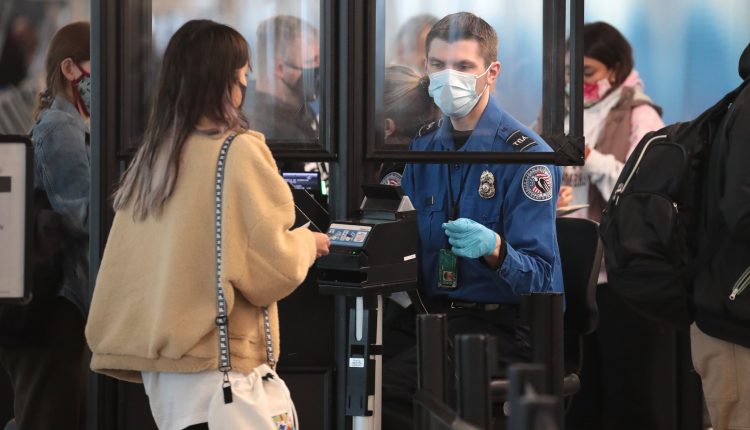 Delta Air Lines, Alaska Airlines, United Airlines and American Airlines announced the new policy, which begins this weekend and goes into effect next week, after the deadly riot last week at the US Capitol and a spate of politically motivated unrest on flights and Airports. Law enforcement agencies authorized to carry firearms are exempt.

Airlines, airports and hotels are increasing security ahead of the inauguration on Wednesday. Several airports said they would add more police force while airlines staff more airports and book overnight crews at airport hotels instead of the city center. American Airlines said late Wednesday It will cease alcohol sales for DC flights and offer crews private transportation to and from the airport instead of the usual shared vans.

“Because of the events of the past few weeks in Washington, we are all on high alert,” said Ed Bastian, Delta CEO, in an interview on Squawk Box.

A Transportation Security Administration spokeswoman, who scans checked and carry-on baggage, said she could detect mischecked or undeclared firearms.

The Federal Aviation Administration said Thursday it introduced a “zero tolerance” policy for travelers who are recalcitrant or interfering with flight crew duties and fined them up to $ 35,000.

Alaska Airlines said travelers flying to Reagan National, Baltimore-Washington, and Dulles International must remain seated an hour before takeoff or landing. This new policy is reminiscent of a Post 9/11 rule requiring all passengers flying in and out of Reagan National to remain seated for 30 minutes after departure or before arrival. This federal rule was abolished in 2005.

Alaska also said it would limit the number of seats sold in the DC area.

The airline said last week it banned 14 travelers on a flight from Dulles to Seattle because they refused to wear masks. The travelers were “vocal, argumentative and harassed our crew members”.

Delta said it banned travelers harassing Utah Republican Senator Mitt Romney on one of its flights this week. The airline has also banned more than 880 travelers for refusing to meet mask requirements.