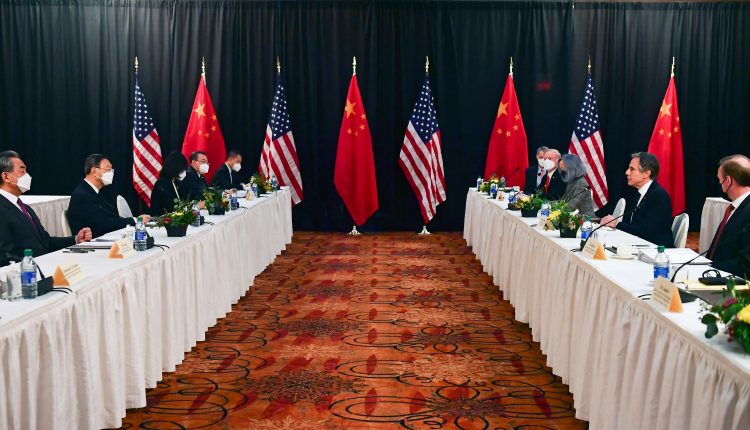 From the CIA to the White House and from the Pentagon to Foggy Bottom, these officials report a far greater willingness on the part of China to go on the offensive in the first 100 days of the Biden administration. The Chinese stand ready to face real and imaginary problems facing the United States and its allies, even as warnings and military activity escalate in Taiwan.

The new message from Beijing was consistent: the Biden government is trying to undermine China’s rise and promoting a false and dangerous portrayal of competition between democratic and autocratic systems. Therefore, countries around the world must decide whether to follow the divisive but declining United States or embrace a rising, unified and nonjudgmental China.

Between the lines, Chinese President Xi Jinping says that human rights violations and democratic failures are internal issues that cannot be discussed. In addition, Chinese officials stand ready to publicly attack the US record for racism and democracy, as does Beijing’s top diplomat Yang Jiechi in an unprecedented 16-minute diatribe to mark the first high-level US-China talks of the Biden government in March to open 18 in Anchorage, Alaska.

“There has recently been a tendency to liken China and the United States to ‘democracy versus authoritarianism’ to … put labels on countries,” said Wang Yi, the Chinese foreign minister who built on the Alaska Embassy last week at the Council on Foreign Relations. “But democracy is not Coca-Cola, which tastes the same as syrup made by the United States around the world.”

Wang said: “If democracy and human rights are used to conduct value-based diplomacy, meddle in the internal affairs of other countries, or stir up confrontation, it will only lead to turmoil or even disaster.”

His use of the term “catastrophe” caught the attention of his audience and made it clear what he meant by that.

“The Taiwan issue is the most important and sensitive issue in China-US relations,” he said, arguing that it should also be in US interests to oppose Taiwan’s independence and separatist instincts. “Playing the ‘Taiwan Card’ is a dangerous move, like playing with fire.”

Such rhetorical and possibly strategic changes do not occur by chance in (yes) authoritarian China. So it is both urgent and necessary to understand their meaning and respond appropriately. Given the contradicting mix of hubris and uncertainty in recent Chinese policies and actions, this will not be easy.

On the one hand, President Xi Jinping predicts growing national confidence that this is China’s historic moment. Xi hopes to build on what he sees groundbreaking in this centenary year of the Chinese Community Party that emerged from the pandemic and declared the end of absolute poverty in the country.

At the same time, Xi is responding to new challenges posed by the Biden government, which is rapidly escaping Covid-19 by delivering a formidable vaccine distribution and pumping $ 4 trillion, as well as considering stimulus and infrastructure development in the economy. US growth this year could be equal to or greater than China’s at a remarkable 6.5%.

The leaders of the two countries seem to agree that “we are at a turning point in history,” as President Biden said at a joint congressional session this week. “We are in competition with China and other countries to win the 21st century.”

Put it differently earlier this year, President Xi spoke to a Communist Party school meeting: “The world is undergoing profound changes that have not been seen in a century, but the time and the situation are in our favor. Here comes our determination and our trust. “”

In Biden, however, Xi sees a more methodical and coherent leader than his predecessor, more willing to work within institutions and with allies.

Biden convened the first Quadruple Security Dialogue Summit on March 12, attended by Japanese, Australian and Indian leaders. Japanese Prime Minister Yoshihide Suga became the first foreign leader to visit the White House since Biden took office on April 16, and the two leaders made the first joint statement in support of Taiwan since 1969.

Chinese leaders were also surprised on March 22nd when the United States, European Union, Britain and Canada sanctioned Chinese officials for human rights violations against the Uyghur minority in Xinjiang. Beijing’s response was an immediate and seemingly counterproductive response to punitive measures against EU citizens that were broader. The price for his tough message is that the European Parliament has put the recently announced China-EU investment deal on hold.

There appear to be three immediate targets for China’s current approach: the domestic audience, US partners and allies, and the developing world.

The priority of any authoritarian leader is political survival. President Xi appears to have strengthened his hand within the Chinese Community Party and weakened potential rivals by rallying nationalistically around Hong Kong and Taiwan and portraying the United States as a power determined to reverse China’s rise.

The second goal for Chinese valor is a preventive effort to reach U.S. allies and partners before the Biden administration has had enough time to get a bigger common cause off the ground. Wherever necessary, it wants to show that there will be a heavy price to pay for those who accept Washington at Beijing’s expense.

A US official cites a Chinese proverb to explain this strategy: “Kill a chicken to scare the monkey.” President Xi’s third target is the developing countries, where China’s progress has been greatest. The aim is to portray China as a more reliable and consistent partner in its development, with its own inspiring track record of modernization and commitment to staying out of the domestic affairs of other countries (and indeed providing the monitoring tools to other authoritarians) at the Staying in power).

Beijing is betting from previous experience that President Biden’s bark will be worse than its bite. If you are convinced of this, you can count on even more Chinese bravery and assertiveness in the next four years.

Frederick Kempe is a best-selling author, award-winning journalist, and President and CEO of the Atlantic Council, one of America’s most influential think tanks on global affairs. He worked for the Wall Street Journal for more than 25 years as foreign correspondent, assistant editor-in-chief and senior editor for the European edition of the newspaper. His latest book – “Berlin 1961: Kennedy, Khrushchev, and the Most Dangerous Place in the World” – was a New York Times bestseller and has been published in more than a dozen languages. Follow him on Twitter @FredKempe and subscribe here to Inflection Points, his view every Saturday of the top stories and trends of the past week.