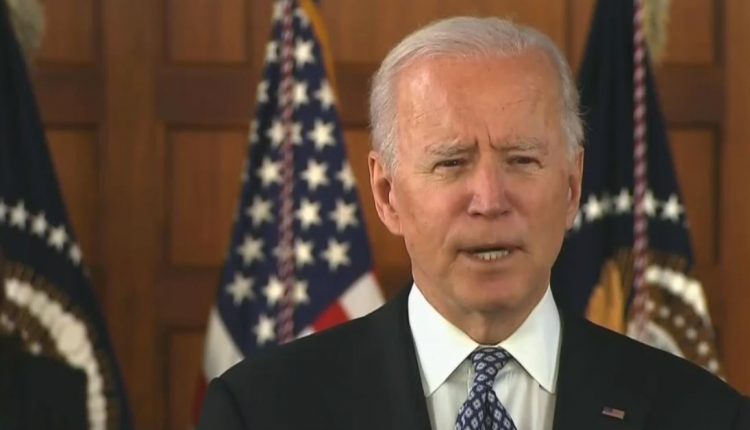 In Atlanta, President Biden addressed the increasing violence against the AAPI population and told Americans that silence in the face of racism is complicity.

We learn again what we have always known: words have consequences. It’s the coronavirus, period. The conversation we had with the AAPI leaders today, and which we hear across the country, is that hatred and violence are often hidden in the eyes. It is often met with silence. This has been the case throughout our history. But that has to change, because our silence is complicit. We cannot be complicit. We have to express ourselves. We have to take action.

During my first week in office, I signed an executive order directing federal agencies to combat this resurgence of xenophobia. The Department of Justice is strengthening its judiciary against the AAPI community to prevent these crimes. Alongside his other work against violent extremists and domestic terrorism. I urge Congress to pass and mine – to get the COVID-19 hate crime law to my desk. And the House just passed the Law Against Violence Against Women, a law I wrote more than 25 years ago. It was one of my proudest legislative accomplishments. I asked the Senate to come by it quickly and get to my desk. But for all the good the law can do, we must change our hearts. Hatred cannot have a safe haven in America. It has to stop. It’s up to all of us, all of us together, to stop it.

Racists really hate being called out for their racism. Racist behavior blossoms when people go blind. For years, the mainstream press made Trump’s racism possible by not confronting him. They allowed him to stand in front of them in the Brady Briefing Room and refer to the coronavirus as “China virus”.

President Biden is right. Words have consequences, and when good people hear those words and choose not to do anything, they soak the seeds of racism.

A president cannot unilaterally end racism, but he can set a good example and do what Biden did in encouraging others to join the fight.

In line with the newest GasBuddy information, gasoline demand is recovering to an nearly regular March degree