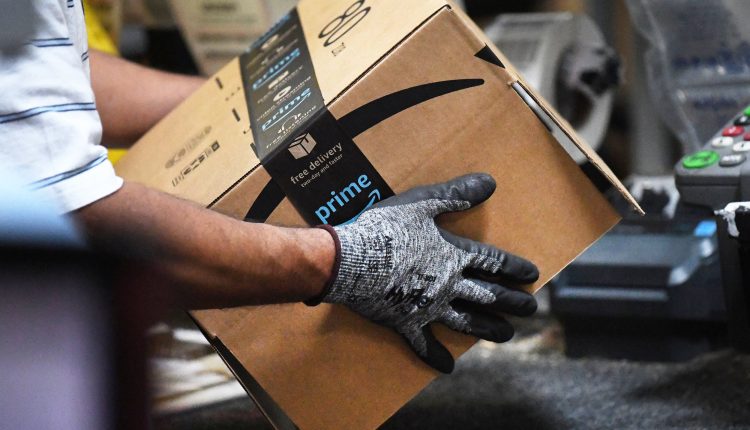 An employee assembles a box for delivery at the Amazon Fulfillment Center in Baltimore, Maryland, on April 30, 2019

Amazon is rolling out its telehealth service known as Amazon Care for its employees in all 50 states this summer and plans to roll it out to other employers later this year.

“Amazon Benefits has been the corporate customer we’ve served so far. Now, when we look at other companies and understand their needs, we think many of the needs are similar.” said Kristen Helton, director of Amazon Care.

Amazon Care was launched as a pilot two years ago to provide convenient, urgent care visits to Washington state employees, with free telemedicine consultations and home visits for a fee from nurses for tests and vaccinations. The program has since evolved into more of a basic service.

“We have developed the ability to treat chronic diseases. You can go to the same provider and have a nursing team so this group of clinicians really get to know you, and I would say we learn on the clinical side too, we really need the clinicians give the tools to ensure excellent care, “said Helton.

Amazon will roll out the portion of the virtual care program for its employees and other businesses nationwide this year. However, the additional personal services will initially only be offered in Washington State and near its new second headquarters in the greater Washington, DC area.

The move comes two months after Amazon announced it was closing down Haven, its joint venture with Berkshire Hathaway and JPMorgan. Haven was touted as an incubator three years ago to improve employers’ health programs.

In the meantime, after taking over PillPack in 2018, Amazon has developed and launched its own online pharmacy. Last year, the company partnered with employer healthcare provider Crossover Health to set up personal health clinics for employees who now serve Amazon employees in 17 locations in Texas, Arizona, Kentucky, California, and Michigan.

The pharmacy, employee clinics and Amazon Care are operated as independent health initiatives within Amazon. When asked if she envisions the company putting some of the services together for other employers, Helton said she “won’t speculate on how this will play out”.

Amazon is targeting the employer market after telehealth increased enormously during the Covid pandemic and fueled a number of businesses in the sector over the past six months.

In October, Teladoc secured a $ 18 billion deal to acquire diabetes management company Livongo. Last month, Cigna’s Evernorth division announced that it would purchase the MD Live virtual care platform for an undisclosed amount. This week, privately owned telemedicine provider Dr. announced on Demand that it is merging with Grand Rounds, which provides navigation services to the healthcare sector.

“What we hear from employers is that … they are looking for platforms that can provide a range of services,” explained analyst Charles Rhyee, chief executive of Cowen & Co., adding that most telehealth professionals focus on have concentrated emergency care. “Not really tied to your overall health care. Virtual primary care is the next step.”

“I think we learned that a hybrid model is probably what we’re going to end up with. Sometimes we go to the doctor’s office if there’s a procedure to do, if an imaging needs to be done, when we’re ‘I’m not sure what’s the matter with you, “said Dr. Bob Kocher, partner of the venture company Venrock, who works as a board observer at Dr. acts on demand and grand rounds. “In between, many visits are carried out virtually.”

Amazon is the new kid in the employer market, but virtual basic services is also a developing business for its more established competitors who may even be a little on the field.

“Healthcare is an incredibly big space and there are many options. We see that there is room for more than one winner in this space,” said Helton.

Given Amazon’s track record of great success in retail, web services, and entertainment, investors and its healthcare competitors will be watching its moves closely.