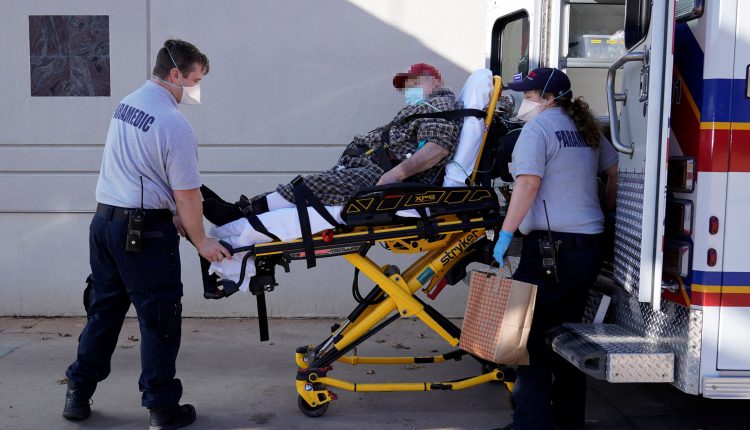 An overwhelming majority of people who were hospitalized, needed a ventilator, or died of Covid-19 were overweight or obese, the CDC said in a new study on Monday.

Of 148,494 adults diagnosed with Covid-19 during an emergency room or inpatient visit at 238 U.S. hospitals from March to December, 71,491 were hospitalized. According to the CDC report, 27.8% of those admitted were overweight and 50.2% were obese. Overweight has a body mass index of 25 or more, while obesity has a BMI of 30 or more.

The agency found that the risk of hospitalizations, ICU admissions, and deaths were lowest among those with BMIs under the age of 25. However, the risk of serious illness “rose sharply” as BMIs increased, particularly in those 65 and over.

According to the latest statistics from the agency, just over 42% of the US population was considered obese in 2018.

“When clinicians develop care plans for COVID-19 patients, they should consider the risk of serious outcomes in patients with higher BMI, especially those with severe obesity,” the agency wrote.

The CDC added that the results highlight the clinical and health implications of higher BMIs, including promoting Covid prevention strategies such as continued prioritization, masking and vaccine guidelines to ensure population access to diet and physical activity.

The CDC previously found that obesity increases the risk of serious illnesses, including hospitalization. Obesity is linked to impaired immune function and decreased lung capacity, which can make ventilation difficult, the agency said.

The study had limitations, the CDC said. Risk estimates for severe Covid-19 were only measured in adults who were treated in a hospital. Therefore, these estimates could differ from the risk in all adults with Covid, the CDC said. In addition, only patients with information on height and weight were included in the report.

The CDC received data from PHD-SR, a large database in hospitals.

Analyst on the outlook for High Glove, Malaysian glove shares