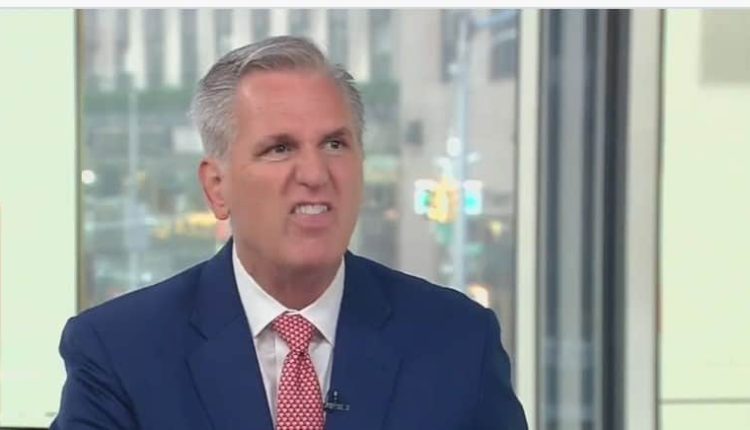 The White House has lamented the hypocrisy of Kevin McCarthy and House Republican hypocrites, who voted three times under Trump to raise the debt ceiling without spending cuts.

Transcript of Deputy Press Secretary Olivia Dalton’s press briefings with reporters aboard Air Force One, as provided by the White House to PoliticusUSA:

WOMAN. DALTON: Look, first let me make some general comments about that. I think, you know, I just mentioned earlier that tomorrow it will be two years since the President took office and his leadership is delivering results for the economy. We grow the economy from the bottom up and from the middle out. We lower inflation. We create jobs with historically low unemployment. And we think Republicans should welcome this news and work with us on how to build on it, rather than push it back.

That means Congress must address the debt ceiling unconditionally. Our stance on this has not changed. There will be no debt ceiling negotiations.

And again, Congress must address this unconditionally, as it has done three times under Donald Trump with bipartisan support.

I also wanted to point out that Kevin McCarthy himself voted three times to remove the debt ceiling under Trump without spending cuts, and there is no reason to change that position.

The White House and Democrats can afford to take an uncompromising position because they know they will win. Republicans will take the blame if the nation defaults, as the House’s GOP position is undermined by their past hypocrisy on spending cuts.