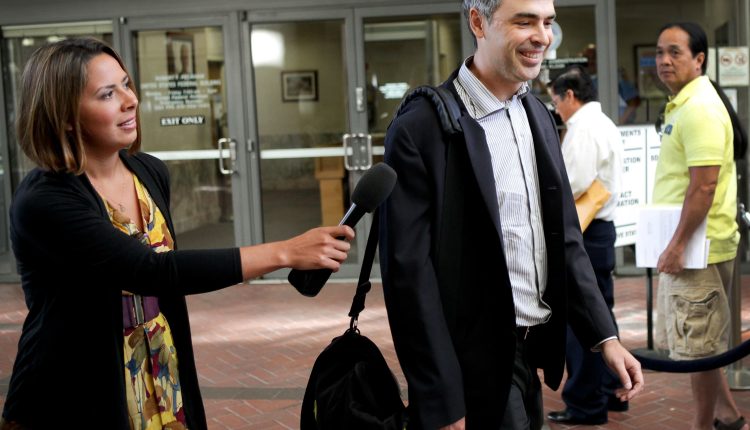 Larry Page, executive director of Google Inc., right, speaks to the media when he arrives in court in San Jose, California, USA on Monday, September 19, 2011.

The Supreme Court sided with Google versus Oracle on Monday in a longstanding copyright battle over the software used in Android, the mobile operating system.

The court’s decision was 6-2. Judge Amy Coney Barrett, who had not yet been confirmed by the Senate when the case was discussed in October, did not participate in the case.

The case involved approximately 12,000 lines of code that Google used to build Android that were copied from the Java application programming interface developed by Sun Microsystems, which Oracle acquired in 2010. This has been viewed as a landmark controversy over what types of computer code are protected under American copyright law.

Oracle had claimed in certain places that it owed up to $ 9 billion, while Google claimed that its use of the code falls under fair use doctrine and therefore has no copyright liability. Android is the most popular mobile operating system in the world.

Oracle sued Google for the use of its code and twice won its case in the US Federal Circuit Specialized Court of Appeals, which found that the code in question was copyrighted and that Google’s use was not protected through fair use.

The Supreme Court overturned the Court of Appeal’s decision, but did not make a final decision as to whether the code in question was copyrighted.

Judge Stephen Breyer, who wrote the majority opinion on the case, agreed that Google’s use of the code was protected under fair conditions, noting that Google “only needed what it needed to turn users into their acquired talent new and transformative form could implement program. “

“To the extent that Google used portions of the Sun Java API to create a new platform that programmers could easily use, its use was in line with the creative” advancement “that is the fundamental constitutional goal of copyright itself represents, “added Breyer.

Breyer said the Supreme Court assumed “for reasons of reasoning” that the Code was copyrighted at all, but declined to make a decision on the issue, saying that adherence to fair use was sufficient to decide the case.

“In the face of rapidly changing technological, economic and business circumstances, we believe that we should respond no more than is necessary to resolve the dispute between the parties,” wrote Breyer.

The case, one of the most prominent of the term, was a high profile battle for competing visions of the future of software development.

The case was originally due to be heard in the final term before it was delayed due to the Covid-19 pandemic.