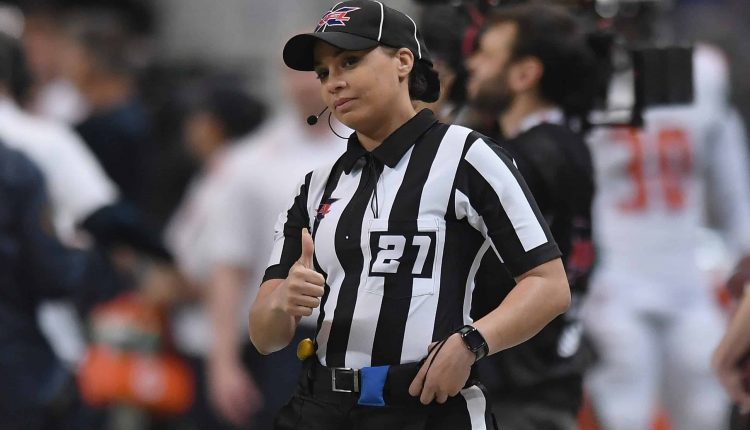 The NFL appoints Maia Chaka as its first black officer

We’re only a few days in the month of women’s history and off we go! When it comes to women in sports, they break down barriers every day! History was made today when it was revealed that Maia Chaka is the NFL’s first black female officer! According to the NFL, the Norfolk State University graduate was added to the NFL’s list of game officers for the 2021 season last Friday. This took a long time for Maia, who has worked with the organization for a long time. Maia was part of the NFL’s official development program in 2014, which aims to identify college officials who could move up to the pros.

In addition, Maia has worked at the college level, including serving as an official at the Pac-12 Conference and Conference USA. In an official statement from Troy Vincent, Sr., executive vice president of football operations for the NFL, he said, “Maia’s years of hard work, dedication and perseverance, including through the NFL Officiating Development Program, have earned her a position as an NFL official.

He continued, “As we celebrate Women’s History Month, Maia leads the way as the first black civil servant and inspires us to normalize women on the soccer field.” Maia was on the Today Show talking about the good news. Maia said, “It hasn’t really hit me until now. When I saw the introduction, I said, “This is really real,” because this is just something we’ve always learned to work hard for. Sometimes we just don’t take the time to stop and smell our own roses. “

Some of the roommates felt this was long overdue, but overall were glad the NFL made such a positive change. One roommate commented: “Finally! I’ve waited every game to see this. I’ve always wondered where the black or feminine repeats are. Look at GOD! “