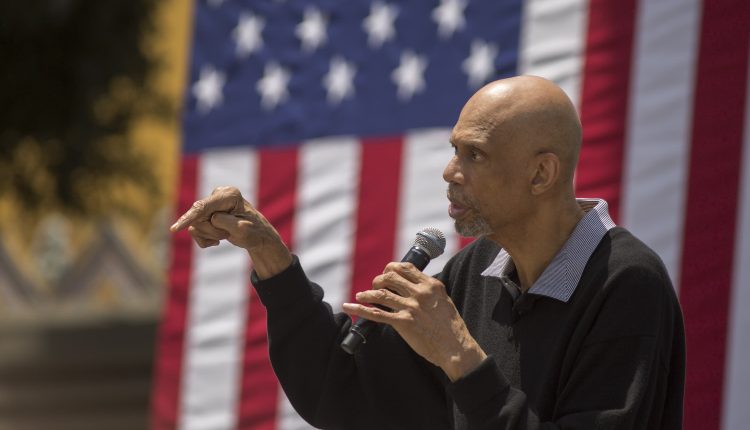 The National Basketball Association announced the Social Justice Champion award and named it after the Hall of Famer Kareem Abdul-Jabbar.

The league picks a player after each season to honor the person who feels obliged to raise awareness of social justice and inequalities. NBA clubs will nominate a player for the award, and the group’s finalists will collectively donate $ 200,000 to social justice organizations.

Finalists are selected by a committee made up of former NBA players, league leaders and social justice leaders. The league said it would announce the first recipient during its postseason, which starts next week.

“I am honored and grateful to be associated with this award, which recognizes the dedicated and selfless people who fight to promote social justice for all marginalized people,” said Abdul-Jabbar in a statement. “For me it is another big step in the right direction for the country and all people who value equality.”

Abdul-Jabbar, 74, is a six-time NBA champion and a former great Los Angeles Lakers. He is a longtime advocate of social justice. Last year he joined CNBC to discuss inequality in the black community and to call for more education and financial resources.

Players, coaches and staff kneel during the pre-game national anthem between the Houston Rockets and the Portland Trail Blazers at the arena of the ESPN Wide World Of Sports Complex on August 4, 2020 in Lake Buena Vista, Florida.

“Black Americans are often the last to be hired and the first to be laid off. We can change that,” Abdul-Jabbar told CNBC’s Closing Bell last June. “There are many positive ways we can relate to our fellow citizens and work on this problem and fix it.”

The NBA increased its focus on social justice and inequality in the last year following the death of George Floyd. The league has allocated $ 300 million to support underserved areas and tackle income inequality among blacks. The league handed out another installment of grants to social organizations last month.

“In addition to being one of our greatest players, Kareem Abdul-Jabbar has devoted much of his life to advocating equality and social justice,” said NBA commissioner Adam Silver in a statement. “With this new award, we are proud to recognize and celebrate NBA players who use their influence to make an impact on their community and our society.”

The 2020-21 regular season of the NBA ends this weekend. The play-in games begin next week to determine the final four teams to make the playoffs. The league played a shortened schedule of 72 games due to the pandemic.