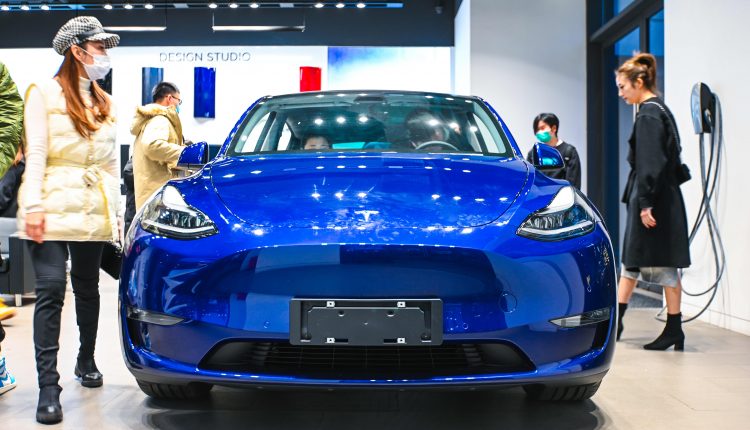 A Model Y vehicle on display at a Tesla flagship store in Shanghai, China on Jan. 4, 2021.

Citing national security concerns, China is restricting the use of Tesla’s electric vehicles by some government and military workers, according to a report in the Wall Street Journal on Friday. A separate report from Bloomberg said the cars were banned in certain areas.

It came after the country conducted a vehicle security check which reportedly found that Tesla’s sensors were able to record images of their surrounding locations. The Wall Street Journal quoted people familiar with the matter, adding that Tesla could get important data, such as when and where the cars were being used. According to the report, more personal information, such as a cell phone’s contact list, could also be captured when it is connected to the car.

China is ultimately concerned that the information could be sent back to the US, according to the report.

Tesla didn’t immediately respond to a request for comment.