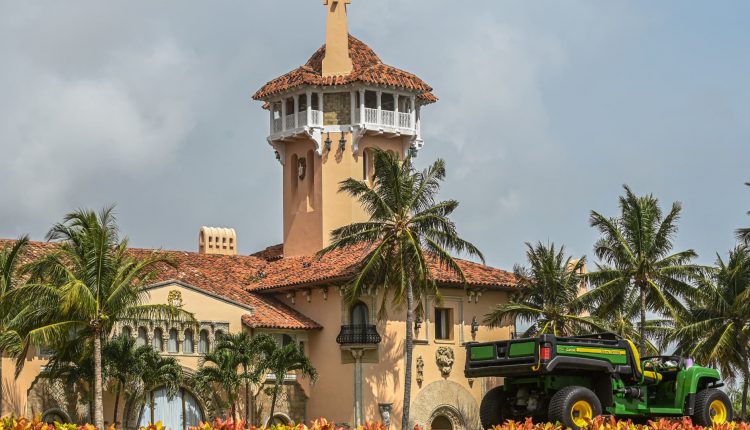 The Justice Department has completed its review of materials seized in the FBI raid of former President Donald Trump’s home Mar-a-Lago, including some information that may be protected by attorney-client privilege, the DOJ told a federal judge Monday.

The department’s completion of the review of the documents taken from Trump’s resort home could undermine his legal team’s bid to block the DOJ from further analyzing those materials until a so-called special master is able to examine them.

The “limited set” of potentially privileged information was identified by a team that is kept separate from the investigative squad that searched Trump’s Palm Beach, Florida, residence earlier this month, DOJ officials said in a court filing in US District Court in southern Florida on Monday morning.

The so-called privilege review team “completed its review of those materials” and is following a process to “address potential privilege disputes, if any,” according to that filing.

Attorney-client privilege often refers to the legal doctrine that protects the confidentiality of communications between an attorney and their client. The DOJ’s filing provided no details about the potentially privileged materials.

The agency disclosed the privilege team’s review one week after Trump sued to block the DOJ from further investigating any materials taken in the raid until a court-appointed “special master” is able to analyze them.

Judge Aileen Cannon, who was appointed by Trump, gave notice Saturday of her “preliminary intent to appoint a special master” in the case. Cannon ordered the government to publicly respond to Trump by Tuesday. She also ordered the DOJ to submit a sealed filing that provides more details about the seized materials, and she set a hearing for Thursday at 1 pm ET in a West Palm Beach courthouse.

In response, top DOJ counterintelligence official Jay Bratt assured the judge that the government will comply with those orders.

But “the government notes that, before the Court issued its Preliminary Order, and in accordance with the judicially authorized search warrant’s provisions, the Privilege Review Team … identified a limited set of materials that potentially contain attorney-client privileged information” and ” completed his review of those materials,” Bratt wrote.

The DOJ and the Office of the Director of National Intelligence, or ODNI, “are currently facilitating a classification review of materials recovered” from Trump’s residence, Bratt added. The ODNI “is also leading an intelligence community assessment of the potential risk to national security that would result from the disclosure of these materials,” he wrote.

White House press secretary Karine Jean-Pierre declined to answer reporters’ specific questions about the DOJ probe later Monday, stressing that the agency is conducting its investigation independently and “we have not been involved.”

She noted, however, neither President Joe Biden nor anyone else at the White House has been briefed on the matter, but declined to comment on any classified materials prepared for the president.

Trump’s civil lawsuit is being overseen by a different judge than the one who approved the search warrant for Mar-a-Lago. The affidavit for that search warrant — in which an FBI agent explained why the government had probable cause to believe the search would turn up evidence of illegality — was released Friday, albeit with heavy redactions.

The National Archives and Records Administration retrieved 15 boxes of records from Mar-a-Lago in January. The next month, NARA sent a referral to the DOJ that the records contained “highly classified documents intermingled with other records,” according to the affidavit. By law, presidential records must be turned over to the National Archives when a president departs office.

The FBI launched a criminal investigation and found that the 15 boxes included 184 specific documents marked classified, 67 of which were marked “confidential,” 92 marked “secret” and 25 marked “top secret,” according to the affidavit.

The search warrant was revealed days after the FBI entered Mar-a-Lago in August. It indicated that FBI agents were looking for materials showing violations of laws against obstruction of justice and the removal of official records, as well as the US Espionage Act.

The FBI took at least 20 boxes of items in the August raid, including numerous sets of highly classified documents, according to a property receipt that was also made public by the DOJ.