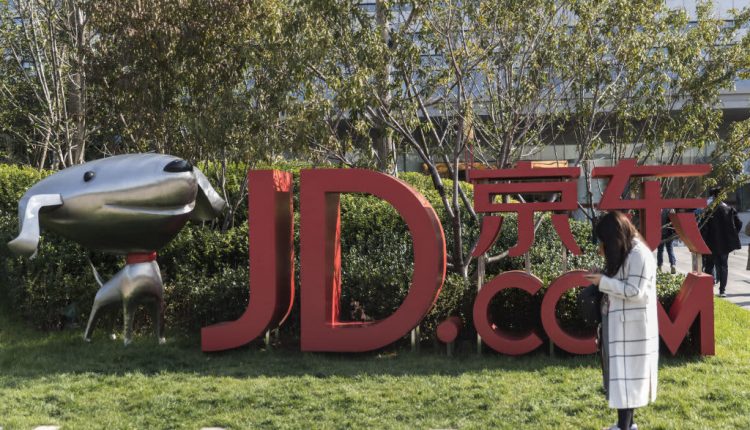 A woman stands next to signage with the JD.com logo and the company’s mascot “Joy” at the company’s headquarters in Beijing, China.

The company said the net proceeds from the IPO were Hong Kong dollars 26.46 billion ($ 3.41 billion).

The investment banks could decide to exercise the so-called over-allotment option, in which 57,285,000 additional shares would be issued. That would result in raising another $ 3.98 billion in Hong Kong through the IPO. The over-allotment must be exercised by December 31st.

The company’s business is focused on online health services such as consultations with doctors, as well as the online pharmacy. JD Health posted sales of 8.78 billion yuan ($ 1.34 billion) for the six months ended June 30, compared to 4.99 billion yuan for the same period last year.

Citing a Frost & Sullivan report, the company claimed in its prospectus that it was the top-selling online health platform in China in 2019.

CEO Xin Lijun declined on Tuesday to say whether the company could keep that position. He stressed that the company’s focus is on improving the user experience, which of course would generate revenue.

“The Chinese health and medicine industry is playing like ‘go,'” Xin said, according to a CNBC translation of his Mandarin-language remarks made during a briefing with reporters in Beijing. He was referring to an ancient board game in which two players fight for most of the territory.

China’s healthcare industry is difficult for startups to navigate. The government is heavily involved in medical care and runs mass insurance programs to reimburse patients.

“It’s not a market-based scenario,” Xin said, noting that it limits the areas startups can do and that each line of business has its own challenges. “In theory, of course, our biggest challenge is to educate more customers about JD Health’s services and better integrate online healthcare with offline services.”

China’s tech giants have stepped up their focus on digital health care following the coronavirus outbreak earlier this year. Internet search giant Baidu is in talks with investors to raise up to $ 2 billion for a new biotech company within three years, CNBC reported in September.

JD.com will remain the majority shareholder of JD Health even after the IPO. A number of so-called cornerstone investors have been brought on board, including Hillhouse, Tiger Global, Lake Bleu Prime, the China Structural Reform Fund, Blackrock and Singapore’s sovereign wealth fund GIC.

The digital transformation is a chance for this technology.