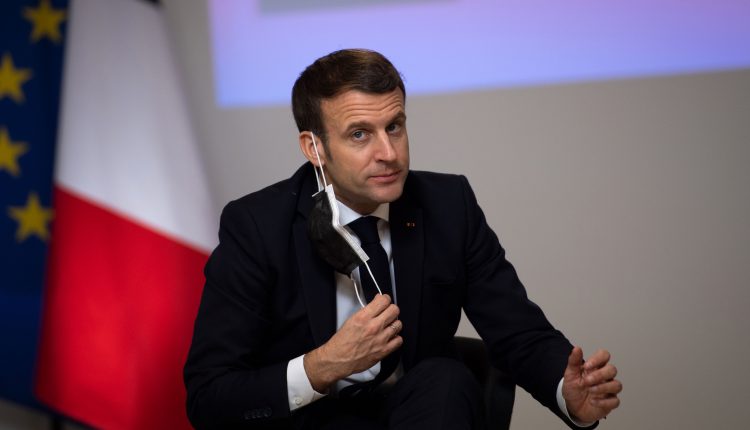 By Friday, 80,000 French citizens had been vaccinated against the corona virus. In comparison, neighboring Germany has carried out hundreds of thousands of vaccinations.

Success or failure in vaccinating the population is likely to shape the political debate as the campaign for the 2022 presidential race intensifies in the coming months.

“Although the 2022 presidential election seems a long way off, President Macron is certainly concerned that a poorly implemented vaccine roll-out could affect his chances for another term,” Jessica Hinds, a European economist with Capital Economics, told CNBC on Thursday .

Macron was neck to neck with far-right leader Marine Le Pen in an opinion poll published in October.

The French president has reportedly complained that the pace of vaccinations is “not worthy of the moment or the French people” and said the situation needs to change “quickly and in particular,” Le Journal du Dimanche reported earlier this month. The president’s office was not immediately available for comment when CNBC contacted him on Monday.

“A slow rate of vaccination would limit the government’s ability to lift restrictions that weigh on the economy and people’s daily lives. This would be clearly unpopular among (French) voters, especially if other countries like Germany are able to remove them sooner “said Hinds.

“What I notice about the French strategy is that officials haven’t paid much attention to logistics,” Jeremy Ghez, a professor at HEC Paris Business School, told CNBC via email.

Reports from the country also suggest that the population has a high anti-vaccine sentiment compared to other countries.

French Health Minister Olivier Veran initially suggested that careful distribution should take into account concerns about the vaccine among the population. An Ipsos poll published in late December found that only 40% of French people had plans to get the coronavirus vaccine.

But the French government now wants to reverse the situation by simplifying the process. France’s Veran said that people aged 75 and over can make an appointment online or by phone to get vaccinated.

The country is also expanding the eligibility criteria and the government has vowed that 1 million people will be vaccinated before the end of the month.

France was one of the nations hardest hit by the pandemic. Prime Minister Jean Castex said Thursday that restaurants and ski resorts will be closed at least until mid-February and the night curfew will be extended until the end of January.

The social restrictions weigh on the economy. French GDP is likely to have contracted by more than 9% in 2020.

The slower the vaccine adoption, the longer parts of the economy will remain closed.

“The French economy is under anesthesia and only when you pull the plug will you really know how quickly economic players can recover. If this happens quickly, I like Macron’s chances because there are so few alternatives to this day. If not “I would argue that all bets are void,” said Ghez of how economic performance will affect the presidential election.

Macron defeated Le Pen in 2017 on a pro-EU agenda.