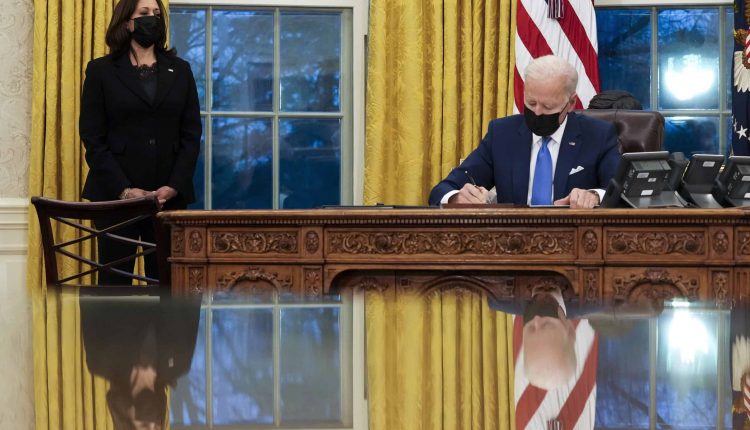 The White House released a proclamation on Wednesday declaring March 31 transgender Visibility Day. According to the proclamation, the day “recognizes the generations of struggle, activism and courage” through the non-binary transgender and gender communities. President Joe Biden is the first President to issue a presidential proclamation in recognition of the day.

“The Biden-Harris administration is committed to fulfilling America’s promise to all Americans by eradicating discrimination and creating freedom and equality for all,” wrote Biden.

The proclamation elaborates on the systematic obstacles that transgender adults and youth face in the struggle for freedom and equality. “Transgender Americans face discrimination in the areas of healthcare, housing, employment, and public housing,” Biden wrote. He also addressed the violence and harassment faced by people who identify as a transgender face.

Biden went on to highlight the work his administration is already doing on the cause, including issuing an executive order during his first day to expand protection against discrimination for LGBTQ people. It is mentioned that this day is celebrated with officials like Deputy Health Secretary Rachel Levine. Rachel is “the first openly transgender American to be ratified by the United States Senate”.

The proclamation recognized “patriotic transgender members” who can again serve openly after Biden issued an executive order to lift former President Trump’s ban on transgender people from the military.

Biden also encouraged Congress to pass the Gender Equality Act to “provide long-overdue protection of federal civil rights based on sexual orientation and gender identity.” He described the Equal Opportunities Act as “an enduring legacy of the bravery and strength of the LGBTQ + movement”.

Before Biden finalized the proclamation, he urged fellow Americans to join him and Vice President Harris “to increase the worth and dignity of every transgender person”.

The WHO warns of a rise in circumstances and deaths in Covid: “We’re all preventing.”