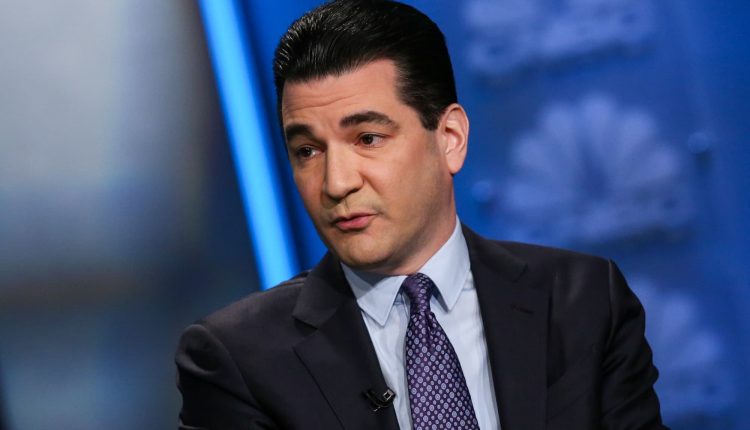 Dr. Scott Gottlieb told CNBC on Monday he expects U.S. drug regulators to clear the Pfizer-BioNTech Covid vaccine for emergency use in children ages 5 to 11 in late fall or early winter this year.

The Pfizer board member said data from the company’s vaccine trials for kids in that age group “should be available in September,” and then submitted to the Food and Drug Administration that month.

“The application probably isn’t going to be submitted until some point in October,” said Gottlieb, who led the FDA from 2017 to 2019 during the Trump administration.

“If the FDA sticks to its normal timeline, in terms of how it reviews these applications, you would expect that review to be a four-to-six week review for a potentially emergency use authorization, so that puts you on a timeline where you’re late fall, early winter,” Gottlieb added in a “Squawk Box” interview.

The Pfizer-BioNTech two-shot Covid vaccine is currently the only one to receive full FDA approval, which happened Aug. 23. However, that designation is only for people ages 16 and up. Kids ages 12 to 15 are still able to get Pfizer but on an emergency use basis.

The single Johnson & Johnson shot and the two-dose Moderna vaccine, both under emergency use in the U.S., are cleared for those 18 and up. Moderna has applied for full FDA approval for that age range. J&J has not sought any type of full approval yet. Back in June, Moderna applied to expand its emergency use authorization to cover kids ages 12 to 17.

Young children having the ability to be vaccinated is an important step in combating the pandemic in the U.S., particularly as kids return to school for the fall. Last week, pediatric Covid hospitalizations reached their highest level on record since U.S. health officials started recording them about a year ago. While the coronavirus poses lower risk to children than people older than 65, for example, some studies suggest that kids who get infected can still pass the virus on to other people.

Gottlieb said his projection that kids ages 5 to 11 would become eligible to get the Pfizer vaccine in late fall or early winter represents an “optimized scenario, if everything goes right and this is an accelerated review like the other applications have been.”

The former FDA chief left open the possibility the timeline could change. It’s possible it could be delayed if the drug regulator decides it wants a “three-to-six month median follow up of the kids in the clinical trials,” Gottlieb said, which would offer “a longer-term view of how they perform over time.”

On the other hand, Gottlieb said the highly transmissible delta variant, which has sparked a resurgence in coronavirus cases, hospitalizations and deaths among Americans, could impact the vaccine review process the younger kids.

“If we continue to see these accelerating rates of infections in kids, particularly as the delta variant moves to the Northeast, I think there could be more pressure to try and make an earlier authorization for a vaccine,” Gottlieb said.

Pfizer’s trial data on kids under the age of 5 will not be submitted until likely November, Gottlieb said. “So that’s further behind.” He added, “That’s a lower dose than the vaccine that’s going to be used in children age 5 to 11.”

USA is dealing with mission, over 116,000 individuals have been evacuated since August 14th