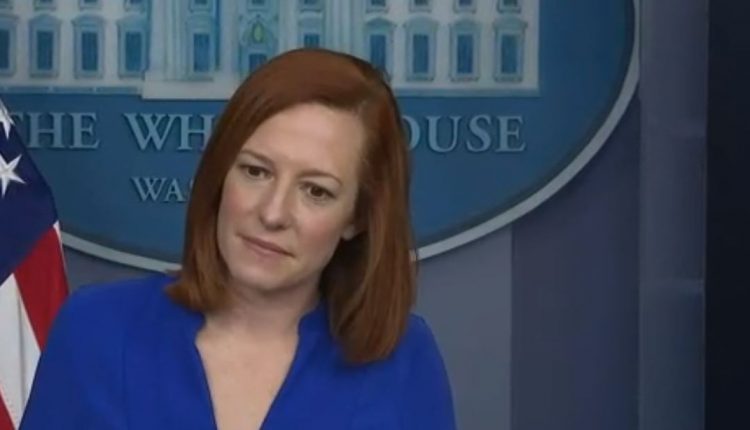 White House press secretary Jen Psaki had to explain to the media why Trump is not appreciating Biden’s pandemic progress.

Jen Psaki shoots down a lame press question why Biden didn’t credit Trump during his address. (Biden shouldn’t have credited Trump because it’s Biden who does the job). pic.twitter.com/ZgHTZkX1jV

Psaki said at the White House Daily Briefing, “This is an excellent speechwriting recommendation. The President has spoken to him in the past. He has welcomed the work of scientists and the previous administration. The purpose of loss needs was to provide an update on what its administration has done. He is putting lights at the end of the tunnel and asking the Americans to do what needs to be done so we can get to the July 4th BBQ. I would say Americans are looking for facts. They are looking for details. They are looking for details. I don’t think they are too worried about the applause the president made public six months ago. “

I know this is hard to understand for some in the corporate media, but Joe Biden is more popular than Trump. He does the job and is now the president.

It would be nice if America held one of these press conferences without a conservative media factory or corporate reporter asking a Trump-related question. Biden doesn’t owe Trump anything. Trump took tens of billions of dollars in PPE for healthcare workers for vaccine development. Trump only rushed with the vaccine because he thought it would get him re-elected.

Trump got what he deserved at the ballot box in November. Joe Biden owes nothing to Donald Trump.