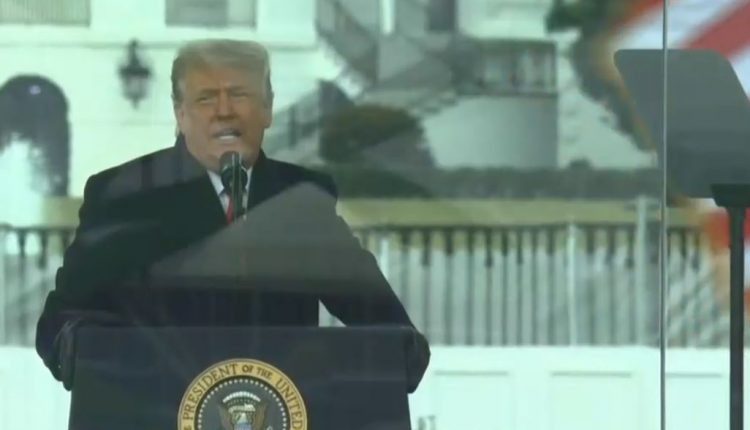 1/6 attacker Kyle Fitzsimons argued in court that he was incited by Trump’s 1/6 rally to attack the Capitol.

Fitzsimons was arguing for release and blaming Trump

Defense, “He is a lone individual who was persuaded by the rhetoric of then-President Trump and the Republican party and was led to believe that the 2020 election was stolen. Mr Fitzsimons believed voter fraud occurred, which ultimately lead to his arrest in this instant matter”

MORE: “Mr. Fitzsimons stood and listened to speaker after speaker explain how the elections results were fraudulent and what legal steps could be taken to petition Congress to act to correct them.”
…

Trump, Rep. Mo Brooks, and other Republicans knew exactly what they were doing on January 6. They chose to hold a rally near the Capitol. Trump chose to incite the crowd with election lies. Trump told them to go to the Capitol.

Trump wanted to stop the certification of the election.

It is one thing for Trump and the Republicans to suggest that they never meant to incite the crowd, but that argument is blown to bits by defendants in court who say explicitly that they were incited to attack the Capitol by Donald Trump and the other speakers at his rally.

These statements should and will be used by the 1/6 Committee in their investigation because they demonstrate the impact that the former president’s words had on the crowd.

The crowd knew what Trump wanted them to do, and they did it, which means that the responsibility for the attempt to overthrow the government belongs to Donald Trump and those who supported him.