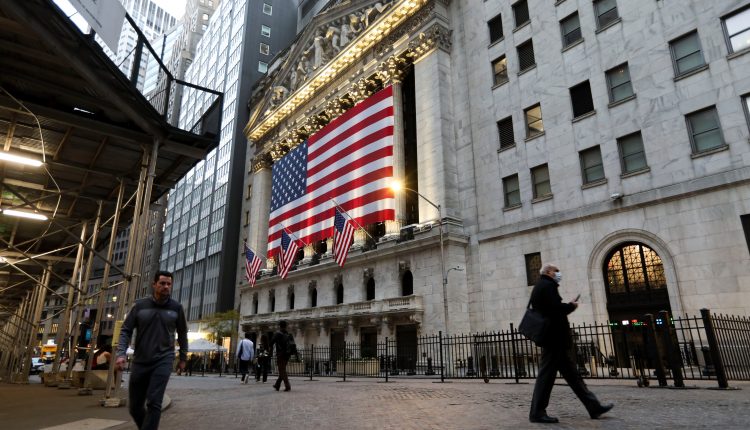 Futures contracts linked to major US equity indices traded slightly lower early Tuesday after the S&P 500 rose more than 2% on Monday, on its best day since June.

The 10-year government bond yield, which has recently been a focus for stock investors, was flat at 1.45%.

US stocks started March on Monday with a sharp rise. The S&P 500 was up 2.38%, the Dow Jones Industrial Average was up 1.95%, and the tech-heavy Nasdaq Composite was up just over 3% after losing 4.9% last week.

All 11 S&P sectors were healthy and the S&P 500 had its best day since June 5th. Both the Dow and Nasdaq had their best trading day since November.

Sensitive cyclical sectors such as energy and finance continued to outperform the broader market amid optimism about vaccines and the economic recovery. Meanwhile, a hiatus in the US debt market allowed high-growth tech names to offset a significant portion of their recent losses.

The 10-year yield, which had largely kept investors busy for the last week, fell to a session low of 1.41% on Monday before re-approaching the flatline. The 10-year yield stabilized at these levels, below its 1.6% high last week, encouraging investors that borrowing costs have soared over the past week.

“Fear of returns appeared to be largely responsible for a 3% decline in the S&P 500 from a record high in mid-February,” said Mark Haefele, chief investment officer at UBS Global Wealth Management, in a statement released on Monday.

“We anticipate this interruption to the stock rally will be temporary and believe investors should put the withdrawal in context,” he added. “The rise in returns has not been led by optimism about growth
Inflation is a concern, so it’s not yet a threat to risk-weighted assets. “

Investors will ponder the comments made by Securities and Exchange Commission Chairman Gary Gensler and Federal Reserve Governor Lael Brainard on Tuesday.

Gensler will testify to the Senate Banking Committee at 10 am CET, while Brainard will deliver a speech entitled “US Economic Outlook and Monetary Policy” through a virtual session of the Council on Foreign Relations.