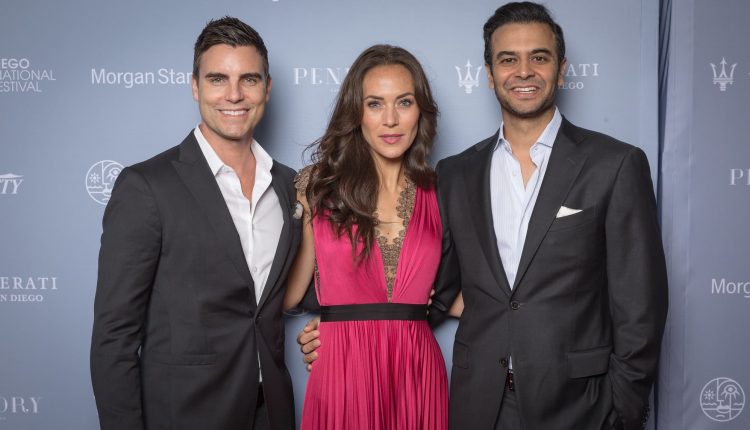 As CEO, I find it healthy to have hobbies that distract you from everyday stress. My hobby is writing. I spend a lot of time on flights writing corporate articles and commentary for CNBC and other media outlets. But here’s a secret: over the years I’ve also written a lot of (bad) scripts, usually dark thrillers or comedies. As a lifelong movie buff, making a real movie has always been a dream, but for many reasons (I have a very busy job and have never made a feature film) everyone I shared about that goal said it would be impossible.

Like many entrepreneurs, someone who assures me there is nothing I can do adds rocket fuel to make this happen. Last year I made the decision to turn this bucket list dream into a reality in the hopes that the skills I acquired would help build and sell businesses.

In Chicago, I found a casting director and producer to help me plan. I would have to take three weeks vacation, and according to the rules of the SAG union, we could shoot from Sunday to Thursday so that I can catch up on regular work on Fridays (unfortunately there is no non-working vacation.)

After hiring a lot of people over the years, I loved the casting process: the ability to measure auditions (i.e., interviews) but also to understand who the person really is. I was enthusiastic about my cast and amazed that I was able to attract top-class talent who trusted me creatively.

“When the 40-strong film crew showed up in front of my skyscraper with a fleet of trucks … my wife and two children had to move to a hotel because of the shocking amount of equipment and people Health questioned, “says CEO at Day and Filmmaker at Dream Ravin Gandhi.

Numbers are the language of entrepreneurship and investing, so budgeting was a breeze. However, there is an epic difference between line items in a table and the real thing. When the 40-person film crew showed up with a fleet of trucks in front of my skyscraper (where I shot much of my film), my wife and two kids had to move to a hotel because of the shocking amount of equipment and people. Although I looked confident on the outside, I was definitely questioning my sanity inside.

On the set, I was besieged with literally hundreds of questions every day. While all executives and CEOs are used to making non-stop decisions under tight time constraints, I’ve learned that directing a movie is especially stressful and mentally demanding (especially if you stay up for 24 hours on a night shoot, which we some Times have done.)

I had a detailed plan, but as the days blurred I was reminded of Mike Tyson’s wise wisdom: “Everyone has a plan until they are slapped in the mouth.”

It’s true in the companies I’ve built, and it was true when we were filming in our Chicago neighborhood, in the offices of friends, GMM customers, and our favorite Italian restaurant, Pelago. What’s the answer? Find out, deal with it, don’t complain, keep focus and move on.

While I’m used to managing people (my company has almost 300 employees), a movie set can be hugely stressed and people sometimes lose it. This certainly happens in companies, and my experience has helped cool the emotions and set a positive tone, even when I was really frustrated. A more important peacemaker? Good food around the clock.

Despite all the adversities we will have the film in the can in 21 days and I (happily) went back to work. While my editor was putting the film together, I told almost no one about this project because, on the one hand, I was sure that no one would see the film, and, on the other, the idea of ​​a “businessman” doing art is a Hollywood cliché that made me insecure – was that a hobby or a midlife crisis?

However, the film “100 Days to Live” was one of 107 films selected from over 3,000 entries for the 2019 San Diego International Film Festival. It was surreal for me and the cast to see our little film on huge screens with a full audience.

Even more shocking is that we won the best world premiere, one of the best festival awards, and best director for the first time, and beat “real Hollywood” films with big-name actors and big budgets. When I went on stage, Laurence Fishburne (whom I met earlier that evening) got up and hugged me, and this lifelong “businessman” felt like Neo taking the red pill and giving a speech as a “filmmaker”. “”

Like many startups that get a little traction and enthusiasm, our story gets even crazier.

Our festival success led to a number of interested buyers and surprisingly culminated in the acquisition of the film by Cinedigm. The US premiere is planned for the beginning of 2021 on all major streaming platforms and will be available in over 50 countries shortly afterwards.

You can click on the video below to see the trailer for 100 Days to Live or go to the movie’s IMDB page:

Spoiler alert: it’s definitely not The Silence of the Lambs or Se7en – and if you think it’s the worst psychological thriller ever, it’s probably because the writer / director runs a nonstick coating company during the day. But the film becomes profitable, which is a Hollywood twist that I wouldn’t have believed in from the start.

So are there any business or lifelong lessons in this story?

1. Always be ready to fail

Any business venture (even a self-funded film) has to be prepared to fail, perhaps very publicly. There’s no way around it. You need to have confidence in your hard work and let the experience be your reward no matter what.

As a CEO or any type of executive, you are likely only doing tasks that you are already really good at. As I get older (I’m 47) I see tremendous value in stretching in new directions outside of my comfort zone. I was humiliated every day on the movie set with what I didn’t know and it was so refreshing not to be seen as an expert and to learn so much from people much younger than me.

Third, I believe that a little (or, in my case, a lot) fighting activates parts of our brains that help you see the world in new ways. I’ve become a better CEO after having this crazy artistic experience because I feel smarter, more confident, and less judgmental. And like all “crazy” ideas, absolutely no one is going to believe you can until you actually do it.

4. Life is short, dreams are important

Many successful and ambitious people have big goals that have nothing to do with their existing careers. If you have the dream of running a marathon, writing a book, selling your artwork, starting a nonprofit, attending medical school, finding an elected position, coaching a team, playing in a band – anything outside of your existing identity that requires hard work and dedication, I encourage you to pursue these passions. Life is short.

BTW, I still love my day job – our business grew by over 25% in 2019, and in September 2020 GMM had the highest monthly turnover in the company’s history. Will I ever do a movie again? I have no idea, but it was an amazing experience.

Ravin Gandhi is the founder and CEO of GMM Nonstick Coatings, one of the largest suppliers of nonstick coatings to the household goods industry, valued at $ 9 billion. As a VC investor, Gandhi is involved in KeyMe, Hester Biosciences, Ka-Pop Snacks, SenSanna, Apptronik, Amber Agriculture, Ampsy, Throne Labs, Tred and Lettrs.