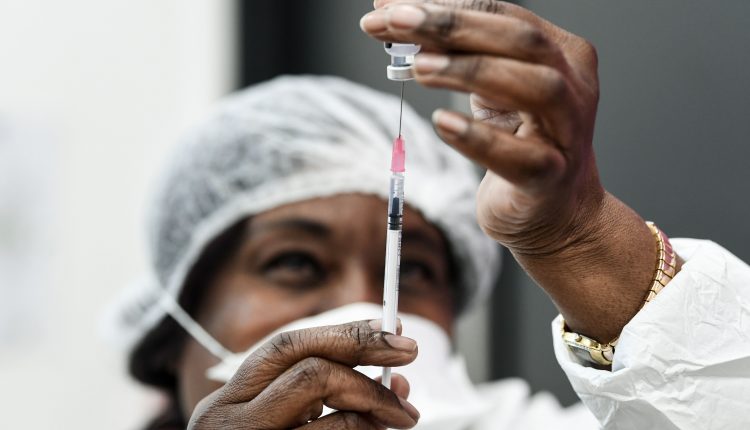 France’s vaccination skepticism is widespread, this is why

A nurse prepares the Pfizer BioNTech Covid-19 vaccine on January 10, 2021 at a vaccination center in Sarcelles near Paris.

France is considered one of the most vaccine-skeptical nations in the world. Public distrust of vaccination programs was confirmed in opinion polls before the coronavirus pandemic.

In France, cynicism about vaccination efforts appears to persist despite the introduction of Covid-19 vaccines in the US, UK and the European Union.

An Ipsos poll conducted in conjunction with the World Economic Forum between December 17th and 20th (and after the first Covid-19 vaccinations had been administered in the US and UK but not yet in the EU) found the lowest vaccination intentions in France.

The survey of 13,500 people in 15 countries found that only 40% of adults surveyed in France intended to receive the vaccine. The highest intent was found in China, where the coronavirus pandemic first emerged in December 2019. 80% of people agreed that they would get a vaccine if it was available. For comparison, 77% of respondents in the UK said they would have the shot and 69% of those in the US said they intended to receive the vaccine.

France’s coronavirus vaccination program has got off to a sluggish start, and the country is looking to step up it under pressure of rising coronavirus infections and the threat of several new mutations making it more communicable.

According to the latest official data, France had only vaccinated nearly 190,000 people as of Tuesday, a few weeks after the start of its vaccination campaign, which began on December 27, along with the rest of the EU.

France’s goal is to vaccinate 1 million people by the end of January, with priority given to the elderly and healthcare workers. However, at the current rate, that goal won’t be met until February 24th. according to CovidTracker from France.

By comparison, the UK already vaccinated over 2.4 million people with the first dose of vaccine on Jan. 11 (the vaccines currently in use require two doses) and is vaccinating 200,000 people daily, its health minister said on Sunday. By mid-February, 13 million people in their priority groups should be vaccinated.

France’s slow start has been attributed to red tape and nuances in the country’s vaccination process (it is the only European country that requires written consent before vaccination can be granted) and there is pressure to speed up the process. French President Emmanuel Macron is reportedly unhappy with the sluggishness of the rollout, and both the press and public health experts have resented it. An epidemiologist who France 24 called a “fiasco”.

What is behind the hesitation of the vaccine?

Widespread public suspicion of vaccines in France has been attributed to factors such as government concerns, previous public health scandals, and demographics such as age and gender.

Antoine Bristielle, Associate Professor of Social Sciences and Political Scientist at the PACTE laboratory at Sciences Po Grenoble, has written extensively on the subject.

After collecting and examining data on vaccine sentiment, Bristielle found that older people in France were more likely to trust vaccines than younger people, and women were more reluctant to vaccines than men and were more afraid of possible side effects.

He added that people who are left and right politically are also more likely to express anti-vaccine sentiment and distrust of the government.

“In addition to these sociopolitical characteristics, two other factors largely explain the (lower) acceptance of a vaccine against Covid-19 in the French population: trust in political institutions and trust in scientists,” said Bristielle in an article on the topic for the Think -Tank Foundation Jaun-Jaures.

Disinformation on social networks as well as coverage of conspiracy theories in mainstream media have also contributed to public distrust, he added.

In addition, previous health scandals such as a blood transfusion scandal in the 1990s and a troubled vaccine rollout a decade ago to combat the H1N1 (swine flu) pandemic “permanently damaged the relationship between the French and vaccines,” said Bristielle.

There are also a few other factors affecting public confidence in coronavirus vaccines, including the speed at which they were made: less than a year. Regulators want to emphasize that the vaccines have passed all full clinical trials with no cut edges and have been shown to be safe and effective.

Analysis from late-stage clinical trials showed that the Pfizer-BioNTech and Moderna vaccines were both approximately 95% effective in preventing severe Covid-19 infection in study participants. The Oxford-AstraZeneca University vaccine has an average effectiveness rate of 70%. None of the vaccines caused serious side effects in the study participants.

It is currently unknown how long the vaccines will protect against the coronavirus or whether they will prevent the virus from spreading. Therefore, some public health actions, such as the wearing of masks, could continue.

A woman wearing a protective mask rides her bike next to the Eiffel Tower on April 23, 2020 in Paris, France.

French yoga teacher Amel Lamloum told CNBC that she did not see the benefits of a Covid vaccine. At 30 years of age and with no underlying health problems, she is not statistically classified as at risk from the virus.

“I don’t understand why I would take the vaccine if it was done in just ten months … and we don’t know the long-term effects,” Lamloum told CNBC on Tuesday. “They say that after taking the vaccine, we would still have to wear a mask in order to get the vaccine for free.”

Another problem for Lamloum is that the vaccine could become mandatory or that she could feel compelled to have it if there are restrictions on those who were not vaccinated. “It will be very difficult to move if there is a vaccination record,” said Lamloum.

How can confidence in vaccines be improved?

France, which has insisted that Covid vaccines are not compulsory, is now tasked with convincing the public to trust the vaccine.

The involvement of the public through members of society whom one normally trusts, such as B. Family doctors in the community is one way to put the public on the side of vaccinations.

“It is important that we communicate not only through politicians and senior officials in our ministries of health, but also through other partnerships with a wide variety of civil society organizations, businesses and community organizations,” said Flemming Konradsen, professor of international environmental health at the University of Copenhagen said CNBC.

“Not all people trust their prime minister or official, they have to get this message from friends or their boss at work … it has to be a very wide area of ​​communication,” he added.

Drake reveals his winnings on the fitness center pic, however followers had their eyes elsewhere (image)