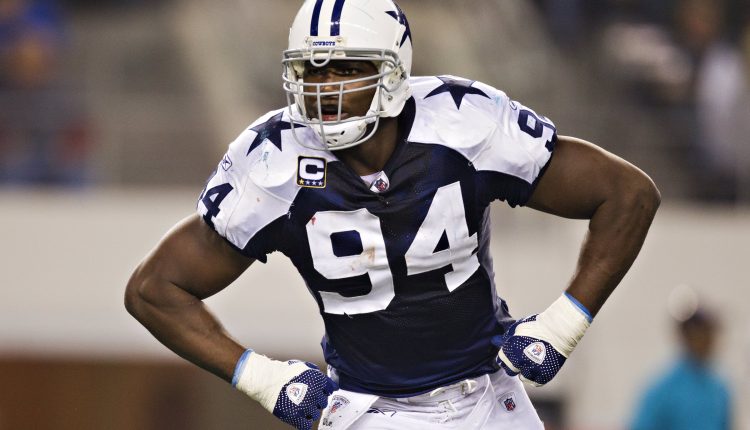 DeMarcus Ware # 94 of the Dallas Cowboys celebrates after a major game against the Miami Dolphins at Cowboys Stadium on November 24, 2011 in Arlington, Texas. The Cowboys beat the Dolphins 20 to 19.

The app launched on Wednesday and offers users the training style of a professional athlete “in hand,” he said. Subscription to the app starts at $ 14.99 per month.

Subscribers can train with Ware and other NFL athletes in the app during the exercises. “You don’t just look at it and prop it up. You actually have a subject next to you doing the exercises with you,” he said.

In an interview with CNBC last week, Ware discussed the app launch on Wednesday and how Apple developers helped build it. It’s first available for Apple devices, but is slated to be released on Android devices at the end of the first quarter.

The former Dallas Cowboys and Denver Broncos linebacker said he started going to Apple headquarters to study with the app developers in 2019 and made nine trips in total.

Ware, who studied computer science at Troy University, said he was familiar with coding but needed more help with software concepts before developing D2W.

“Your support has been tremendous in what I do and what not,” Ware said of Apple developers. “It’s not one of those things that I work together on and say, ‘Hey, that’s my name.’ This is a product that I helped develop. “

Ware said some of the products he saw while at Apple were “years ahead of our time” and sometimes felt like he was in a maze. “Everything looks the same. When I went in there, it was so many times that I got lost in this building.”

Ware, 38, played 12 seasons in the NFL, nine of which he played with the Cowboys. He helped the Broncos win the 2015 Super Bowl. After the 2016 season, he retired after four neck and back operations.

Describing the pain in his early retirement days, Ware said, “I couldn’t walk.” He recovered from the operations in 2018 and started developing the app, which took two years to develop.

After learning from Apple and becoming a certified trainer, Ware developed D2W with Calvin Carter, the founder and CEO of Bottle Rocket.

Bottle Rocket has developed mobile apps for companies like Southwest, Capital One. Its clients include the CNBC parent company, NBCUniversal, Disney and Marriott.

Ware said he built a room with more than 300 cameras to film himself and do more than 700 exercises for the app. D2W can create various “warm-ups, activations and a recovery program specially designed for the user”.

“It uses artificial intelligence,” said Ware. “The more you use it, the smarter it gets and the more advanced it grows with you. It’s like having a real trainer in your hand.”

According to Ware, D2W has augmented reality capabilities that include enhanced 3D models and detailed instructions on how to do the exercise, what pace and what other variables you need, regardless of how much weight or time and attention you are for need this muscle.

Ware added a voice recording feature that syncs with the Apple Watch and can suggest exercise levels and rest times based on a user’s breathing. He said D2W offers a “personalized experience” similar to a real trainer.

Former Bronco DeMarcus Ware was on the sidelines ahead of the game when the Denver Broncos faced the Cleveland Browns at Broncos Stadium in Mile High.

I am looking for investors

He is also seeking a Series B round of funding of around $ 30 million for expansion options and is considering “acquisitions and other technical issues” as smaller companies weakened by Covid-19 may be available.

“I’m trying to shake up the gym with something else that doesn’t have the same content,” said Ware.

When asked for his thoughts on his former team, the cowboys, who struggled under new coach Mike McCarthy, Ware said the pandemic damaged his attempt to establish a new culture.

“You didn’t get the chance to have this off-season because it’s usually during the off-season that you discover your identity,” Ware said. “They didn’t build their identities the way they should because they didn’t have the time.”

Ware told CNBC he thinks the Kansas City Chiefs and Seattle Seahawks will make it to Super Bowl LV on February 7th.

“For some reason, I’m on these Seattle Seahawks,” said Ware, picking Seattle to win. “If Russell Wilson gets to the end of the season he’ll be hard to beat.”