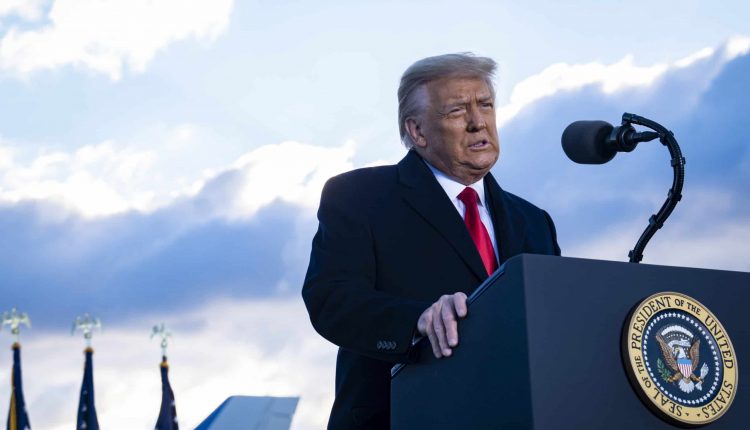 Before Joe Biden was officially sworn in as the 46th President of the United States, the now former President Donald Trump left the White House for good early Wednesday and made his way to Joint Base Andrews before heading to Florida.

He made one final speech as President and said, “We have achieved a lot. What we did was amazing in every way. “

Although he did not mention Joe Biden and Kamala Harris by name, he added that he wished the new administration “good luck and success”. He continued, “I think they will be very successful. You have the foundation to do something really spectacular. “

He continued to say goodbye to his supporters and that he loved them, adding, “We’ll be back in some form.”

JUST IN: In his closing remarks as President, Donald Trump wished the new administration “good luck” but said, “We will be back in some form.” https://t.co/pylyIzv6mm pic.twitter.com/BrnDeMMCMn

Trump broke tradition by not joining the other former presidents to welcome Joe Biden during inauguration, and he became the first president to do so in more than 150 years.

However, his Vice President Mike Pence continued the tradition and attended the inauguration. He was in the presence of former Presidents Barack Obama, George Bush and Bill Clinton.

As previously reported, prior to the suspension of his Twitter accounts, Trump announced that he would not attend the inauguration early and said, “For anyone who has asked, I will not go to the inauguration on January 20th.”

Biden later replied, saying, “One of the few things he and I have ever agreed on. It’s a good thing he doesn’t show up. “