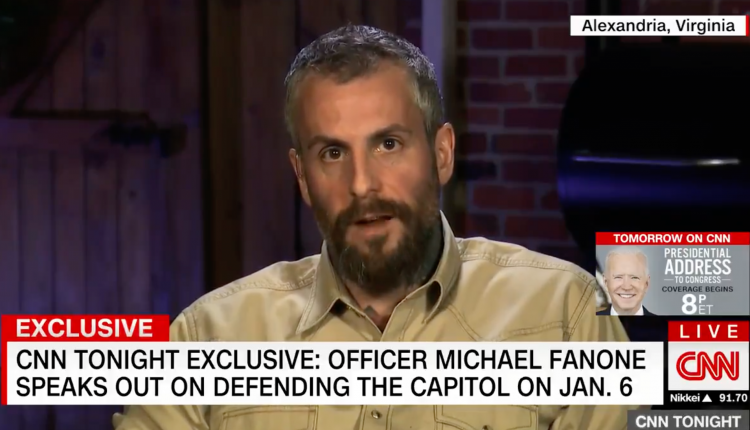 In an interview with CNN’s Don Lemon, DC Metropolitan Police Officer Michael Fanone, who suffered a traumatic brain injury after being beaten with a flagpole by a mob of supporters of former President Donald Trump as they stormed the United States Capitol on January 6, hit former President Donald Trump and politicians who “whitewash” and “downplay” the seriousness of the Capitol uprising.

“It was very difficult to see elected officials and others whitewash or downplay what happened that day,” Fanone, a 19-year veteran of the force, said after Lemon asked for a response to the ex- The insurgents represented a “zero threat.” “Some of the terms used, such as” hugs and kisses “and” very good people “, are very different from what I and my staff experienced on the 6th. “

“I’ve seen a group of people try to kill me in order to achieve their goal,” he said. “I experienced the most brutal, wildest hand-to-hand combat of my entire life. Not to mention my police career, which lasted almost two decades. “

Fanone didn’t crush any words: “I want people to understand that thousands of rioters have come to the Capitol to commit violence, destruction and murder,” he said.

You can see his interview below.

Officer Michael Fanone tells @donlemon that it was very difficult to see elected officials what happened on January 6th.

He was stunned several times and beaten with a flagpole during the Capitol attack.

Check out Part 1 of his first in-depth interview: pic.twitter.com/4LzuJcfztl

Last month, Fanone’s mom Terry Fanone said it was her outraged by Trump’s claim that his supporters “hugged and kissed” officers during the attack.

“What goes through my head is really outraged,” she said to Don Lemon at the time. “For us, for our family and for every police officer with whom Michael is in constant contact, this is outrageous. It’s so dehumanizing. It’s so pejorative. “

Trump insisted that his supporters pose “No threat” despite the violence that resulted in five deaths and many injuries.