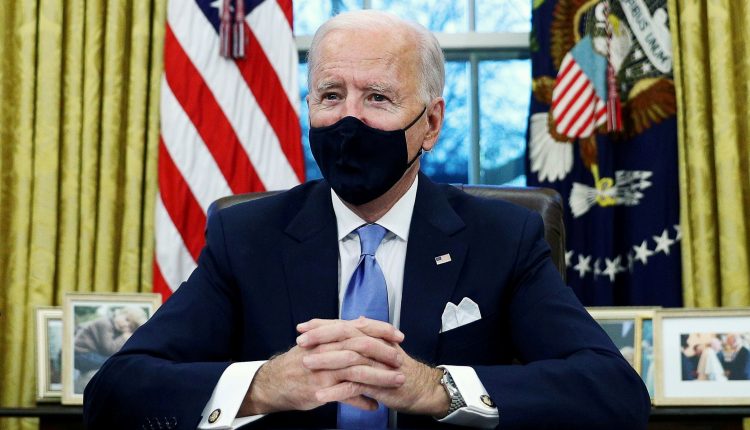 President Joe Biden met with a group of 10 Republicans at the White House Monday to discuss COVID relief laws. After the meeting, however, he quickly made it clear that he would not settle for a watered-down GOP proposal.

The White House described the meeting as “productive” and re-pledged to work with Republicans in the future, but stressed that they would oppose any proposal that does not adequately address the country’s public health and economic crises.

“[Biden] will not slow down work on this urgent crisis response or settle for a package that does not fulfill the moment, ”the White House said.

The President and Vice President had a substantive and productive discussion with Republican senators in the White House tonight. The group shared a desire for aid to help the American people suffering from the worst health and economic crisis of a generation.

While there were areas of consensus, the president also reiterated his view that Congress must respond boldly and urgently, identifying many areas that the Republican senators’ proposal does not address. He reiterated that while he is confident that the bailout can be passed with the support of both parties, a reconciliation package is one way to achieve that goal. The President also made it clear that the American bailout plan has been carefully designed to meet the demands of this moment, and that changes to it cannot leave the nation behind in its urgent needs.

The President expressed his hope that the group could continue to explore ways to strengthen the US rescue plan and find common ground – including working on support and nutrition programs for small businesses. However, he reiterated that he would not slow down work on this urgent crisis response or settle for a package that does not meet the moment.

As Joe Biden continues to make real efforts to cross the aisle – something Donald Trump never did – he clearly realizes the unprecedented nature of the crises he has inherited.

Biden and his team also learned the lessons of the Obama years, when the Democrats spent precious time chasing Republican votes for key legislation just to stay high and dry.

As Rachel Maddow of MSNBC said Monday night: “[Democrats] Remember what happened the last time you were in this situation in 2009, and this time you are not going to let what happened under President Obama happen again. “

“[Democrats] Remember what happened the last time you were in this situation in 2009, and this time you will not let what happened under President Obama happen again, ”says Rachel Maddow of GOP attempts to win Democrats force them to meet their demands for COVID aid. #maddow pic.twitter.com/6DHiUpXSzJ

The American people want results above all, especially at a time when so many people are suffering. The White House clearly recognizes this.