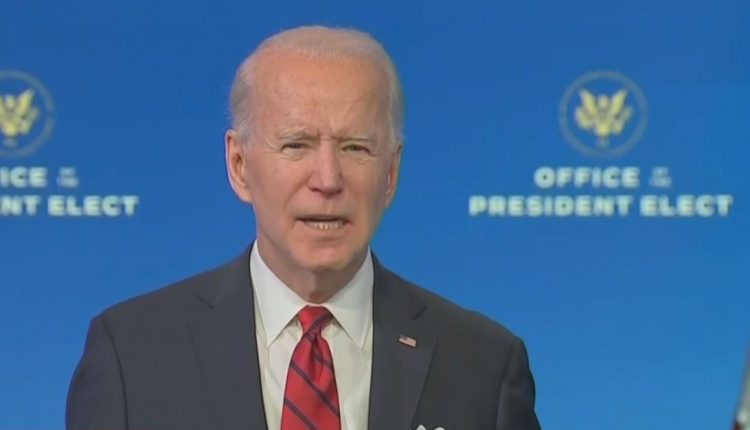 President Biden celebrated the third anniversary of the Parkland shooting with a strong crackdown on the gun violence epidemic.

The president told PoliticusUSA in a White House statement:

Three years ago today, a lone gunman killed 14 students and three educators at Marjory Stoneman Douglas High School in Parkland, Florida. In a matter of seconds, the lives of dozens of families and the lives of an American community were forever changed.

The Parkland families have been spending birthdays and holidays without their loved ones for three years. They missed the experience of sending their kids to college or seeing them on their first job after high school. Like far too many families, they had to bury parts of their souls deep in the ground. How far too many families – and indeed our nation – have they wondered if things would ever be right.

These families are not alone. In big and small cities. In schools and shopping malls. In churches, mosques, synagogues and temples. In cinemas and concert halls. On city street corners never mentioned on the evening news. Across our nation, parents, spouses, children, siblings, and friends have known the pain of losing a loved one to gun violence. And this season of so many casualties, the historic spike in murders across America in the past year, including gun violence disproportionately devastating black and brown people in our cities, has increased the number of free seats at our kitchen tables. As we mourn with the Parkland Church today, we mourn all who lost loved ones to gun violence.

In those three years the Parkland families have taught us all something profound. Time and again, they have shown us how to turn our grief into purpose – march, organize, and build a strong, inclusive, and lasting movement for change.

The Parkland students and so many other young people across the country who witnessed gun violence continue the story of the American journey. It’s a story written by young people of every generation who challenged the prevailing dogma to demand a simple truth: we can do better. And we will.

This administration will not wait for the next mass shootings to heed this call. We will take steps to end our gun violence epidemic and make our schools and communities safer. Today I call on Congress to pass reforms to the Arms Act, including revising all arms sales, banning offensive weapons and high-capacity magazines, and removing immunity from arms manufacturers who knowingly put war weapons on our streets. We owe it to everyone we have lost and everyone who has been left behind to grieve in order to change something. The time to act is now.

Biden’s testimony did not suggest taking away weapons, confiscating weapons, or any other nonsense used by the NRA (the weapons manufacturing lobby) to get Republicans opposed to sensible weapons reforms. At some point in the near future the pandemic will end and it will only be a matter of time before the next terrifying mass shootings take place.

After a week of being distracted by the ghost of the corrupt, failed president of the recent past, Joe Biden reminds America that there is real work to be done and that those who have lost their lives or have lost forever find themselves in shootouts like Parkland will get the change and justice they fought for.

“Zero Covid”? We aren’t at this stage but, says the WHO