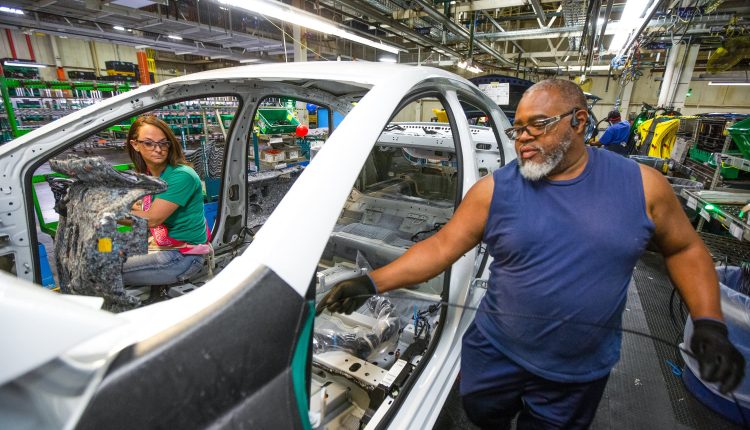 General Motors employees work on the assembly line at the Fairfax Assembly & Stamping Plant in Kansas City, Kansas on Friday, April 26, 2019. The Fairfax facility produces the Cadillac XT4 and the Chevrolet Malibu.

General Motors announced Thursday that the company will be investing $ 100 million in two of its manufacturing facilities in the United States to increase production of 10-speed automatic transmissions in two of its popular pickups.

The company is allocating $ 93 million to its Romulus, Michigan facility to increase “machining capacity”. General Motors is also investing $ 7 million in a facility in Bedford, Indiana to improve metal die casting capabilities.

The investments will increase the production of transmissions for the light pickups Chevrolet Silverado and GMC Sierra, the company said.

“Demand for our full-size Chevrolet Silverado and GMC Sierra pickups remains very high and we are taking steps to increase the availability of our trucks to our dealers and customers,” said Phil Kienle, vice president of GM North American Manufacturing and Labor Relations said in a press release.

Investments will be made due to temporary shutdowns in three General Motor assembly plants until mid-March due to a global shortage of semiconductor chips. The closings are designed to ensure the company has enough chips to produce its more profitable pickups and SUVs.

Global automakers are expected to lose around $ 60 billion in sales this year due to the shortage. The chips are used for areas that range from infotainment systems to more traditional parts like power steering. They are also used in consumer electronics.