Gov. Jim Justice blew up at vaccine conspiracy theorists and the unvaccinated, and in frustration asked, “How difficult is this to understand?”

“For God’s sakes a livin’, how difficult is this to understand?”
— Gov. Jim Justice (R-WV) is losing it over anti-vaxxers and vaccine conspiracy theorists https://t.co/EzsiEz8W95 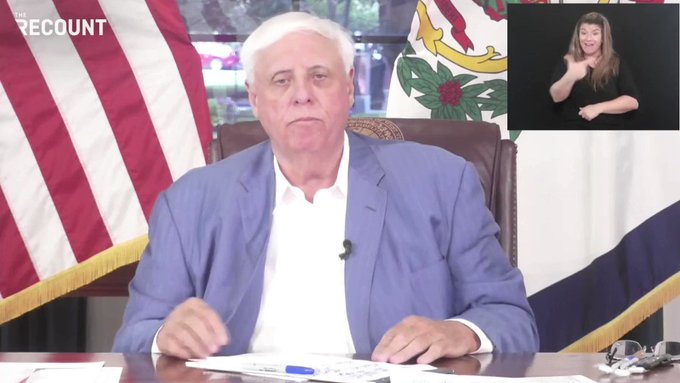 Justice said, “For God sakes a livin’. How difficult is this to understand? Why in the world do we have to come up with these crazy ideas? And they’re crazy ideas that the vaccine’s got something in it, and they’re tracing people wherever they go, and the same people who are saying that are carrying their cellphones with them. I mean c’mon. C’mon.”

Justice has been the rare elected Republican vaccine advocate, so it isn’t surprising that he would be the one to finally lose his cool with the people who are pushing conspiracies and are unvaccinated.

Gov. Justice tried running a vaccine lottery with high-end prizes that didn’t result in more vaccinations. He tried saving bonds. He has tried virtually anything and everything to get unvaccinated West Virginians to get the vaccine.

His frustration at people who rather believe Facebook conspiracy theories than doctors and health experts is understandable.

This isn’t politics. People who don’t get vaccinated and get COVID can die, but it seems like the craziness won’t stop until COVID wipes out the unvaccinated through natural selection.