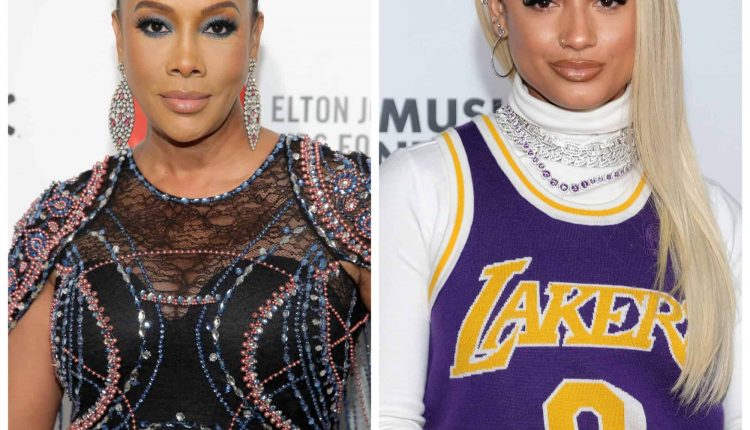 Just when we thought the drama of DaniLeigh’s song “Yellow Bone” was about to subside, Vivica Fox and her co-hosts on Fox Souls “Cocktails with Queens” stirred the pot again.

DaniLeigh struggled to regain public favor after defending the song in which the lyrics “Yellow Bone, this is what he wants” were repeated.

Fans accused Dani of at least being deaf to the language she used and the impact of her words, while others accused her of being a colorist.

Dani’s initial demeanor was quite defensive, trying to understand why she couldn’t make a song for her “fair-skinned villains”. She denied hating other women, saying instead that her critics are those who are “haters” while at the same time destroying their ethnic background.

After some thought, she fully apologized and even used her celebrity boyfriend DaBaby, who has a darker skin tone, as an example of her not being a colorist. Check out her apology below:

Well, if you let Ms. Vivica Fox tell about it, DaniLeigh’s motives for releasing the song may not have been so innocent. On Monday night’s “Cocktails with Queens” episode, Vivica said DaniLeigh “did this to get back to that baby mummy and throw her in the face,” referring to the awkward love triangle between DaniLeigh, DaBaby and the mother his kids, memes.

As you all may know, this isn’t the first time Dani and DaBaby have had a relationship, as the two were once rumored as an item before DaBaby returned to Meme.

Given the story, Vivica thinks the song is a mere act of retaliation by DaniLeigh, and as Vivica pointed out, Meme has brown skin.

You can see a clip below:

5 issues you must know earlier than the inventory market opens on January 27, 2021