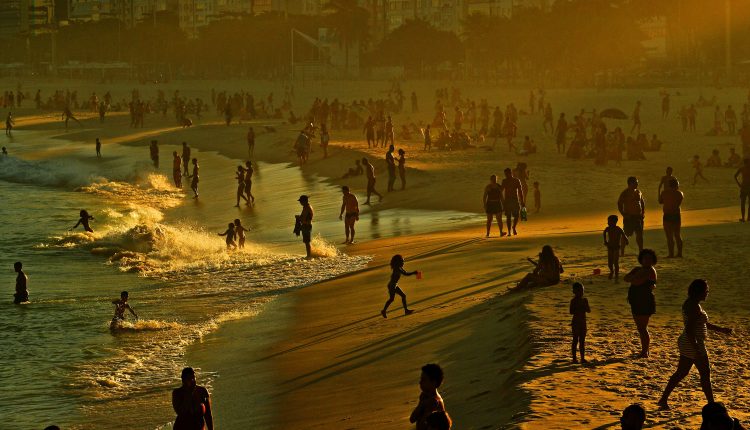 People enjoy the beach in Leme, south of Rio de Janeiro, Brazil, on June 21, 2020 during the Covid-19 coronavirus pandemic.

LONDON – As coronavirus vaccination programs progress, attention is turning to the summer vacation and what freedoms we might experience this year – and whether that depends on our vaccination status.

A new UK study has highlighted the potential for tension between vaccinated and unvaccinated people, especially when there are travel restrictions for those who have not yet received a Covid shot.

A UK poll released on Friday found the potential for so-called “vaccine resentments” to exist. Almost one in five who hasn’t received a Covid vaccine says they will resent those who did if they don’t get one in time for their summer vacation.

The problem is particularly important as several countries are considering how and whether to introduce some kind of “vaccination pass” that anyone who is vaccinated can travel with.

For example, the EU is considering a “green digital certificate” that shows whether someone has been vaccinated, has recovered from Covid, or recently had a negative test. In the UK, vaccination records with vaccination status linked to the National Health Service app could now be used.

The UK government will publish a list of countries on May 17 that will allow travel with or without quarantine on return. However, the entry requirements for the British in other countries and vice versa remain to be seen.

Britain is up to one thing: it has pushed ahead with its vaccination program. To date, around 34 million adults have been vaccinated with a single dose of a Covid vaccine, and over 13 million have had two doses. The majority of people under 40 in the UK have yet to be vaccinated but are next up for a Covid shot. The UK government has said it is on track to offer a first dose to all adults in the UK before July 31st.

The latest vaccine sentiment research conducted in the UK by the University of Bristol, King’s College London and the NIHR Health Research Unit on Emergency Preparedness and Response found that 18% of people who hadn’t yet had a Covid vaccine To state this I will resent those who have it if they don’t get one in time for their summer vacation – although a majority (58%) say they won’t feel such a grudge.

The survey of nearly 5,000 British adults, conducted between April 1 and 16, found that respondents from higher-income households were more likely to predict feeling resentful than lower-income families: 24% of those not vaccinated Household people make more than £ 55,000 (about $ 76,700) a year report feeling angry if they don’t get vaccinated in time for their vacation, compared to 14% of those who earn between £ 20,000 and £ 34,999.

People aged 18 to 44 (20%) who have not yet received the vaccine are twice as likely as people aged 45 and over (8%) to say they are angry, which is likely due to the wide range of factors Vaccine coverage is due between different age groups.

In general, around one in eight unvaccinated people (12%) say they are currently resentful of those who received the vaccine. But far more – two-thirds (67%) – don’t feel the way the survey found.

Bobby Duffy, director of the Policy Institute at King’s College London, said the survey showed this
‘There is widespread support for the tiered approach to vaccination in the UK, reaching the oldest and most vulnerable first. This shows the fact that only 12% of those currently unvaccinated say they oppose those who do have done so. This is undoubtedly partly the case. ” reflects the overall speed and efficiency of vaccine adoption as people can be confident that it will be their turn soon. “

However, this has some clear limits, he added. “With the summer vacation season an important goal many have in mind and a possible test of our collective minds when some can travel freely while others cannot. Public confidence in the equity and reliability of a vaccination record system will require it . ” be carefully encouraged. “