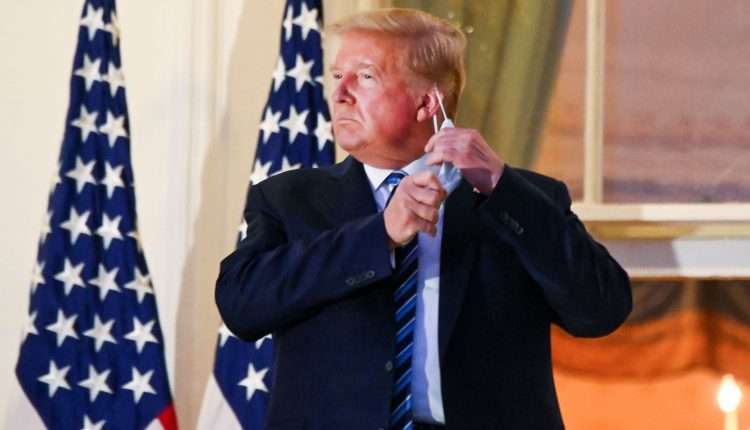 Trump was sicker from Covid than the general public was instructed, a report stated

President Donald Trump takes off his face mask as he poses on the Truman Balcony of the White House after returning from Walter Reed Hospital to treat Covid-19 in Washington, United States, on October 5, 2020.

Former President Donald Trump was more ill with the coronavirus in October than the public said at the time, a new report said.

Trump had “at one point extremely low blood oxygen levels and a lung problem related to coronavirus-related pneumonia,” reported the New York Times, citing four people familiar with his condition after contracting Covid-19.

His condition was so poor that “officials believed he was on a ventilator” before he was taken from the White House to the Walter Reed National Military Center.

According to the newspaper, a person close to the ex-president denied being seriously ill and reiterated the comments Trump made after his illness.

The Times noted that when Trump went to the hospital in early October – a month before the presidential election – his medical team tried to downplay the severity of his condition in comments to the public.