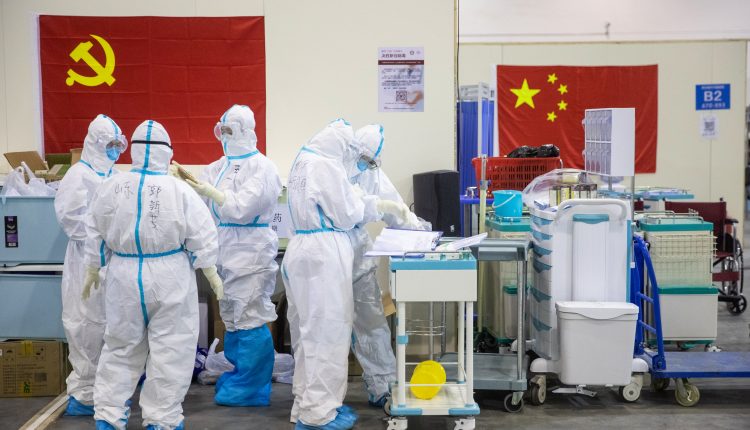 This photo taken on Feb. 17, 2020 shows medical workers working at an exhibition center that has been converted into a hospital in Wuhan, central China’s Hubei Province.

WASHINGTON – The United States on Tuesday signed a joint statement with 13 other nations criticizing the World Health Organization’s long-awaited report on the origins of Covid-19.

In a joint statement, the governments of Australia, Canada, the Czech Republic, Denmark, Estonia, Israel, Japan, Latvia, Lithuania, Norway, South Korea, Slovenia, the United Kingdom and the United States wrote that the report “has been significantly delayed and there was no access to complete original data and samples. “

“In the event of a major outbreak of an unknown pandemic pathogen, rapid, independent, expert-led and unhindered origin assessment is critical to better prepare our employees, our public health facilities, our industries and our governments for a successful response to it Outbreak and prevent future pandemics, “the joint statement said.

“In the future, WHO and all Member States must reassign themselves to access, transparency and timeliness,” the group added.

The WHO’s 120-page report, published Tuesday and produced by a team of international scientists, helped improve the scientific community’s understanding of the deadly virus that was conquering the globe, but it fell short of a full assessment back.

“We have not yet found the source of the virus and we must continue to follow science and leave no stone unturned,” said WHO Director General Tedros Adhanom Ghebreyesus during a press conference on Tuesday.

“Finding the source of a virus takes time and we owe it to the world to find the source so we can take action together to reduce the risk of its recurrence. No single research trip can provide all the answers,” he added .

At the White House, press secretary Jen Psaki told reporters that the Biden administration was still examining the WHO report and that the results were “partial and incomplete”.

“The report lacks critical data, information and access. It presents a partial and incomplete picture,” said Psaki. “There is a second phase in this process that we believe should be led by international and independent experts. They should have full access to data,” she added.

Psaki criticized Beijing’s lack of transparency when asked about China’s participation in the WHO report, which was attended by at least 17 experts.

“Well, they weren’t transparent. They didn’t provide any underlying data. That is certainly not a cooperation,” she said.