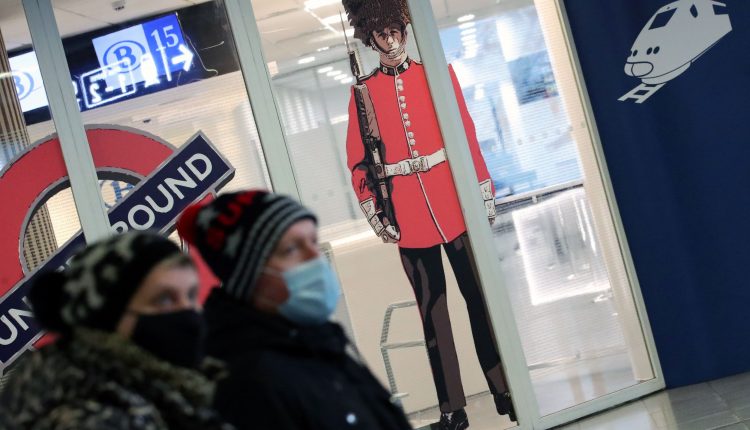 “That is already within the US,” says Dr. Gottlieb

Former FDA chief Dr. Scott Gottlieb warned that the highly contagious new mutation of Covid-19 found in the UK was “already in the US” with more than 40 countries banning entry and exit to the UK for 48 hours or more.

“I don’t think a travel ban will currently prevent this mutated strain from reaching the United States,” said Gottlieb. “We’re going to have an epidemic and it’s going to spread over the next three or four weeks. We’re going to peak and then infection rates will go down when the vaccinations are introduced.” “”

The new variant of Covid-19 is forcing parts of the UK back into lockdown. The government has placed the toughest restrictions in London and other areas of south-east England, and families can no longer gather as planned for Christmas. In an interview on CNBC’s “The News with Shepard Smith” Monday night, Gottlieb stated that the new mutation is likely due to selective pressure on the virus itself.

“As the virus continues to spread around the world, we will see more of these variants. It is therefore important that the population is vaccinated and that these infections are eradicated,” said Gottlieb. “The more infections you have, the more likely these variants are to spread.”

Scientists in the UK suggested that the variant of Covid makes the virus 50% more transmissible. However, there is currently no evidence that it is making the disease worse. Both Eli Lilly and Regeneron, who make the antibodies to treat Covid, said their drugs should be effective against the variant. Ugur Sahin, chief executive of BioNTech, said his company would investigate the mutation, but viewed the situation with “a certain degree of sobriety,” according to Reuters. BioNTech is Pfizer’s partner for the Covid vaccine. Gottlieb explained to Shep Smith why he believes vaccines will have to adapt at some point.

“The question is whether this virus will alter surface proteins in such a way that either the vaccines or previous immunity can be avoided, and there is no evidence that it currently does, but over time it will develop a way that it probably can avoid previous infections or vaccines to some extent so we will likely have to adjust our vaccines over time, “Gottlieb said.

The first deliveries of Moderna’s Covid vaccine hit hospitals in the United States today. Moderna’s vaccine is the second after Pfizer to be approved by the FDA. Moderna’s rollout is expected to double as the company plans to ship six million doses this week, compared to Pfizer’s 2.9 million doses last week. Pfizer’s vaccine requires a temperature of minus 94 degrees Fahrenheit or minus 70 degrees Celsius. Moderna can store its vaccine at minus 4 degrees Fahrenheit for up to six months.

Gottlieb said the current logistics for vaccine distribution are “good” but that some challenges may arise as the population receiving the vaccine expands.

Disclosure: Scott Gottlieb is a CNBC employee and a member of the boards of directors of Pfizer, the genetic testing startup Tempus, and the biotech company Illumina. Pfizer has signed a manufacturing agreement with Gilead to manufacture Remdesivir. Gottlieb is also co-chair of Norwegian Cruise Line Holdings and Royal Caribbean’s Healthy Sail Panel.